Planet Kerbin was thrown into disarray at the start of April, when it was announced that Kerbal Space Program was entering the experimental phase for its official, 1.0 release. While many predicted that it would be weeks or months until that phase of testing was over, it turned out to be far shorter than expected. Squad, the developer of the rocket-riding adventure has now announced that the game will be officially released in just under a week's time and it's bringing female Kerbals with it. 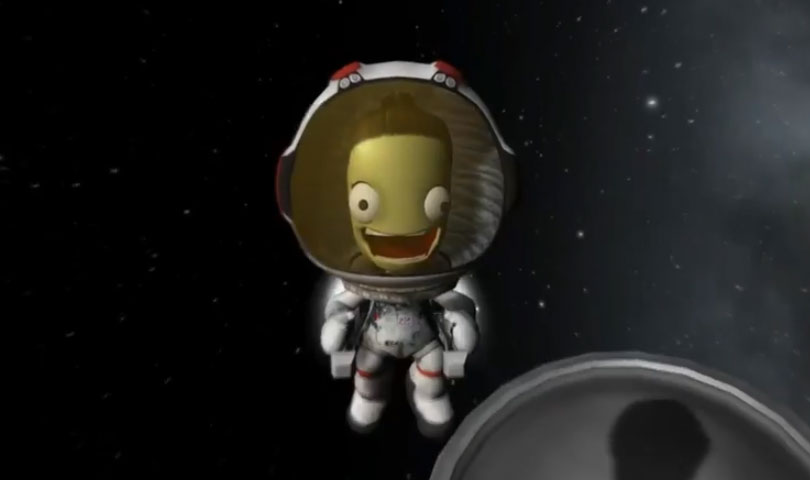 Jebalina is quite the looker.

This was announced via a short, 10 second teaser trailer for the completed game, which also shows the female equivalent to our brave, green explorers, as well as the astounding ability to climb, which is something Kerbals only recently discovered how to do.

Kerbal Space Program 1.0 comes out 04/27/2015 Win something super cool the same day by tweeting your most Kerbal pic using #KerbalCountdown

Of course this isn't all version 1.0 is bringing to the table, with Squad set to announced other features in the countdown to release. Other expected additions include a new model for lift, drag and aerodynamics, which will please the plane makers of the Kerbol system. A new engineer's report and “warp-to” function too, should eliminate the need for a few particular mods that have become used by almost everyone.

New contracts, part rebalancing and additional wings and landing gears will also be added, as well as the ability to refuel on asteroids and other bodies, suggesting a system a little like Karbonite or Kethane – though Squad hasn't gone into too much depth on how similar just yet.

All in all, Kerbal Space Program 1.0 represents the end of a hard slog that has taken the developer almost four years from the initial, playable release. However it won't be stopping there, with plans for post 1.0 official multiplayer, new parts, contracts and more in the future.

KitGuru Says: I'll finally be upgrading by game from 0.25 with this release – once mods have been updated. There's a lot I've missed out on while trying to finish my Mun mining colony. It's coming along quite nicely, but landing that big fuel tank on the docking port, refueling-pad is a right pain.

Previous TSMC: We will start risk production of 7nm chips in 2017
Next Digital security expert banned from flight for tweet