If you were hoping that the long-development of Prey 2 meant that the developers were just perfecting its anus-door animation, I have some sad news: there will be no more anus doors, because there will be no Prey 2. It’s been officially confirmed by Bethesda, that the troubled production of the game has now come to an end, denying the world a sequel to the hit 2006 FPS. 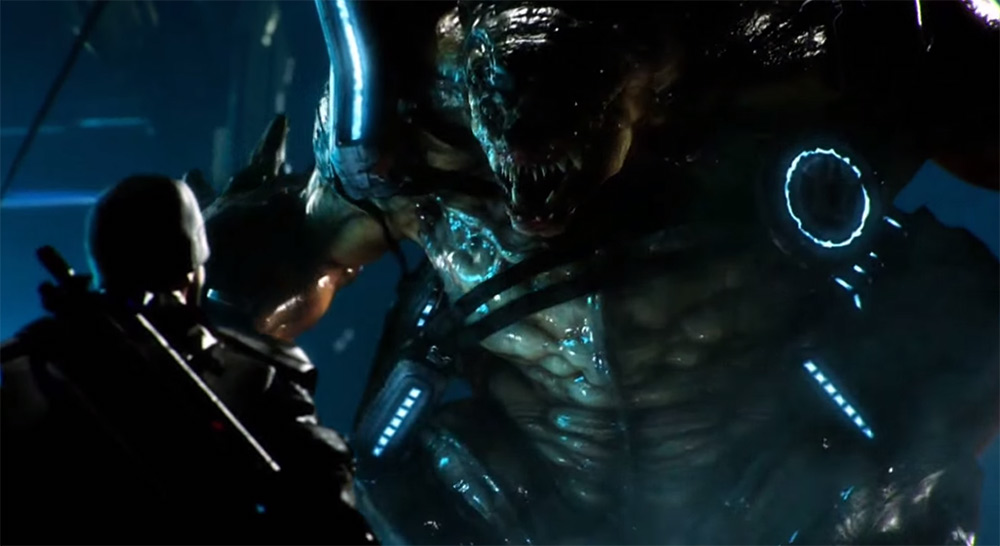 Announced back in 2011, Prey 2 was set to focus on a new character from the background of the original game, US Marshall Killian Samuels, who loses his memory during the alien invasion and becomes a bounty hunter. Suddenly three years in the future, players’ would begin to learn his back story as he assassinated enemies and gradually recovered his memory.

The original reveal trailer did a good job of hyping the game too, considering it was a sequel to a title that was already five years old when it was shown off for the first time:

However that’s all we’ll end up seeing of it, as Bethesda president Peter Hines has now officially closed the lid on Prey 2.

“It was game we believed in, but we never felt that it got to where it needed to be – we never saw a path to success if we finished it,” Hines said at PAX Australia yesterday (via Cnet).

“It wasn’t up to our quality standard and we decided to cancel it. It’s no longer in development. That wasn’t an easy decision, but it’s one that won’t surprise many folks given that we hadn’t been talking about it.”

He did add a ray of hope that one day we’ll see a game based in the Prey universe once again, ” we still believe we can do something with [it],” Hines said. However Human Head has now been pulled off development, leaving it to work on its minimalistic, MOBA/FPS Minimum.

KitGuru Says: This seems like a shame as the concept of bounty hunting and chasing down different people through varied Prey-like environments would have been fun. Still, perhaps it’s better that the original remains well remembered, than gets tarnished by a lacklustre sequel.