Splitting up quest text in WoW makes it much more readable

Nobody likes reading walls of text, which is why here at KitGuru we try to split it up, throw in pictures, videos and funny captions to keep you entertained while we cram all of the information we can into your eyeballs. It turns out that same principle of breaking up the text works in games like World of Warcraft too, as a recently released addon called “Storyline,” is proving popular, for making the walls of quest text that much more readable. 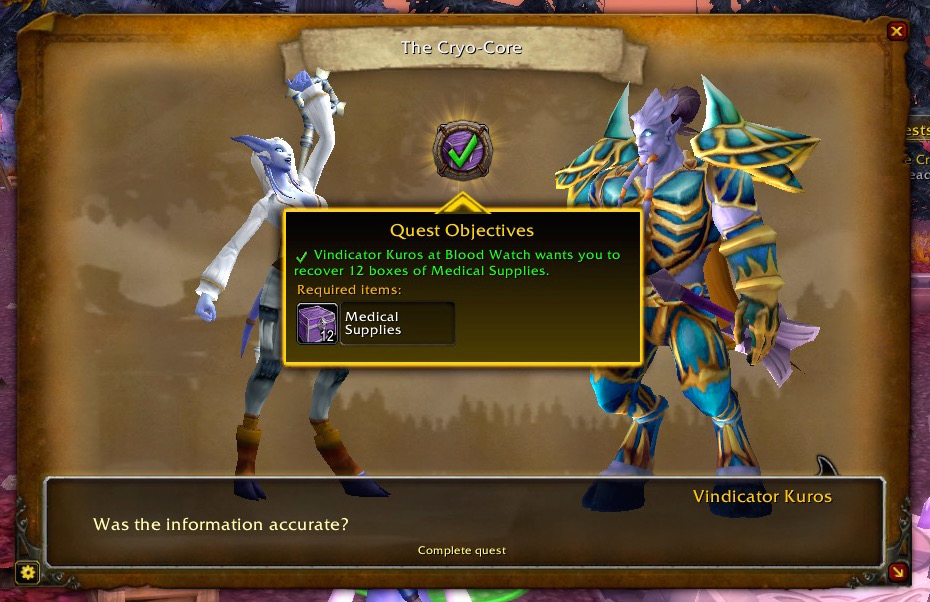 With Storyline, players are transported from their 3D world to a back and forth conversation page, where dialogue is split up into more natural sentences, rather than the player character being talked at for several minutes of exposition. It combines that with animated models of the characters taking part in the conversation, with effects and actions that are in tune with what they’re actually talking about.

The idea for all this is to help those that find it difficult to sit through reading big chunks of text, actually understand what it is they’re doing in the game. Too often in WoW – and in other MMOs and RPGs – the quest text is an afterthought. Go here, kill this, grab that, save them and return. That’s the usual gist of things, but if players do get into the idea of what they’re actually doing, it can be much more immersive.

Developed by two players, KajiSensei & @EllypseCelwe, the addon does have a few known issues, including 3D models that fill the entire frame, the fact that some quests automatically turn themselves in and you can’t always see quest rewards before accepting… but it’s coming along well otherwise.

So far it’s proved a very popular add-on, with many players saying they find it a much more enjoyable way to quest in WoW now that they actually know what they’re doing.

KitGuru Says: Do you guys read quest text in games? I always start off with good intentions, but as I play a game more, I tend to read it less and less.