With the launch of The Witcher: Wild Hunt, CD Projekt Red has comfortably made a name for itself in the mainstream gaming market, which would make the studio quite attractive to larger publishers. GOG has also become more popular over the past year, which has spurred rumours that CD Projekt Red may be in buyout talks with EA.

Apparently, an employee of CD Projekt Red got in touch with site DSOGaming to say: “I’m employee of CDProjekt Red and I have some bad news to share with you. Our management is probably talking with Electronic Arts about potential take over. Electronic Arts representatives are currently visiting our studio and meeting with top management. We are not going to release any game soon, so for sure it’s not about any publishing deal, so the only possible reason for EA guys being here is that they want to buy us.” 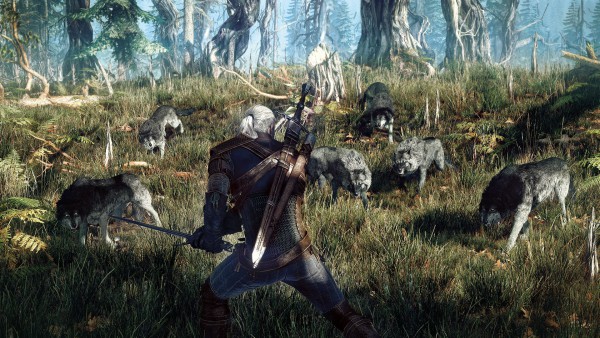 The employee did provide a payslip as proof of his employment. However, it seems that the rumour was completely fabricated and has been dispelled by the studio’s co-founder, Marcin Iwinski: “We usually don’t comment on rumours but this one has become quite viral and we think it deserves to be put to bed. We are not talking with anyone regarding selling CD Projekt Red or GOG.com. Period. And the payslip is a fake – it was not issued by our company.”

Right now, CD Projekt Red is focussing on wrapping things up for The Witcher: Wild Hunt, with the first expansion launching on the 13th of October. There will be a second expansion next year and then the company will start thinking about the future of the franchise. Aside from that, the studio also has a game called Cyberpunk 2077 in the works, though there won’t be any news on that until 2017.

KitGuru Says: Given CD Projekt Red’s recent success, it wouldn’t be too surprising to hear about talks with major publishers. However, it seems that the studio is content doing things on its own terms for now, which is great news as its last few games all turned out well.