Earlier this year, Frozenbyte launched Trine 3 on Steam Early Access and after a few months of open development, the game was completed a few days back. Unfortunately, it seems that quite a few fans were disappointed in the story’s length as well as the ending to the game, causing the developer to question the series’ future.

In a Steam update post titled “Post-launch thoughts from the developers of Trine 3: The Artifacts of Power”, one of the developers behind Trine 3 stood behind their creation, though recognized that player criticisms of the story and length were valid:

“we are proud of the game and what we have achieved overall. We think it’s a fun game and we don’t think it’s too expensive either considering all the elements we have been able to put into the game”, the post reads. “We still think the game is good but the cliffhanger story and the relative shortness of the game are valid criticisms but ones which we didn’t realize would cause a disappointment in this scale.” 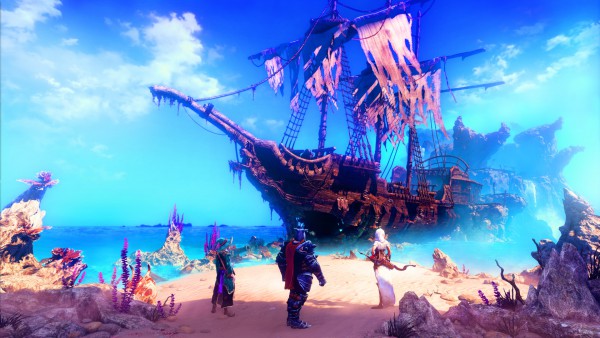 The post then goes on to explain the technical thought that went in to the game. This time around, Frozenbyte went full 3D, which was a fairly big change from Trine 1 and Trine 2. In the end, Trine 3 ended up costing the studio over $5.4 million to develop, nearly three times the cost of Trine 2. The team did initially have “a much longer story written” along with more levels to boot but unfortunately, some content had to be cut in order to keep the game within budget.

“We did not intentionally make the game “short” as many have said in order to make money off of future DLC or whatever. We tried to make something too ambitious, and it ended up financially impossible. What we sold on Early Access was the “realistic” vision and what we promised is what we have delivered, in our opinion. The finished Trine 3: The Artifacts of Power game might not be as long as we hoped initially, but something we are very proud of nonetheless, and generally around 6-7 hours is what we think new players will spend with the game on average.”

Right now there are no plans for DLC, in-fact the poor reception from media outlets and Steam user reviews caught the studio by surprise, so there may not be a continuation after this. You can find the full post, HERE.

KitGuru Says: Game development doesn’t always go to plan, things change, costs pile up and sometimes parts of the original vision need to be compromised. While I can’t speak for the story or the game’s length, Frozenbyte should get points for honesty and being open with their followers.