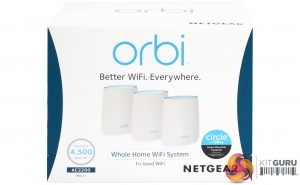 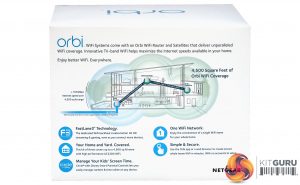 NETGEAR keeps the branding and box design we have become familiar with for the Orbi over the last couple of years. 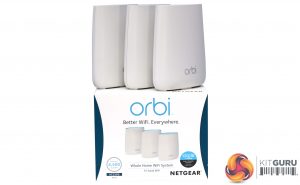 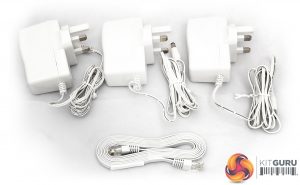 Apart from the units themselves, you get their respective power supplies, which are UK-only, and a single ribbon Ethernet cable for connecting to your broadband router. 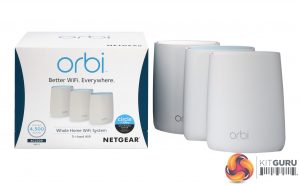 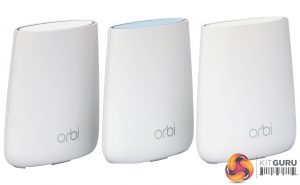 Not only does the box maintain the Orbi branding, the units themselves look the same as the original Orbi RBK50 – only smaller. 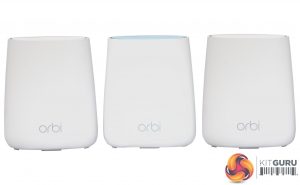 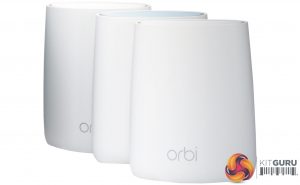 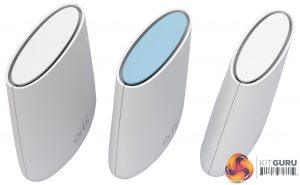 All three units look almost identical. However, as with previous Orbis, the router unit has a blue top and the satellites white tops. It also comes with a sticker detailing the default WiFi SSID and password, which all three units have been pre-configured to use.

Unlike most other mesh systems, the Orbi is asymmetrical, and only the router unit can act as a router. But this means you can essentially plug them in and go, because you won’t need to pair the satellites to the router during setup. 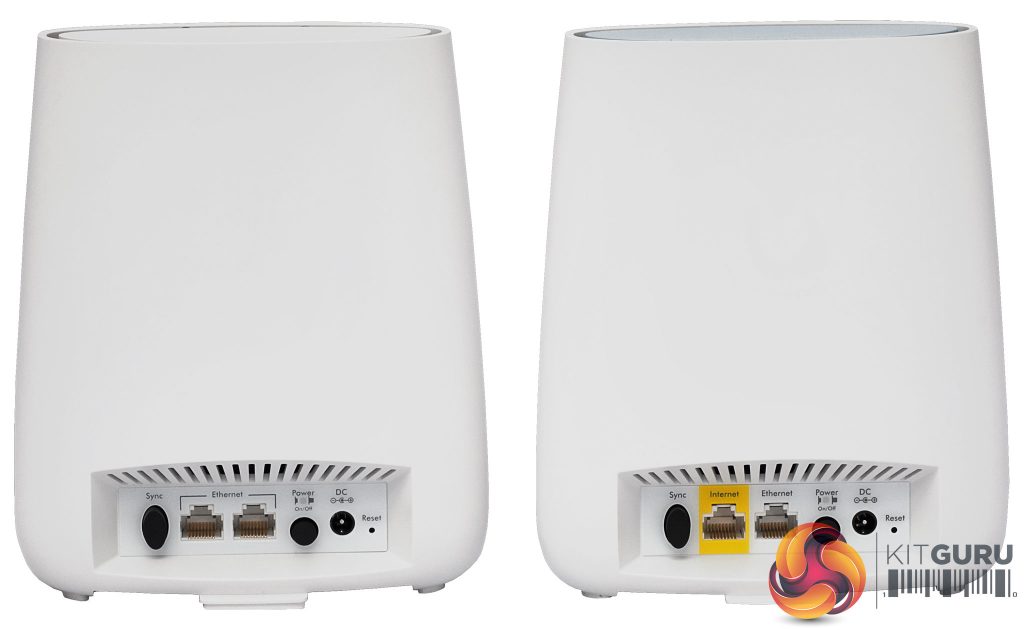 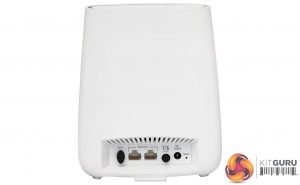 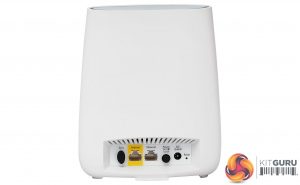 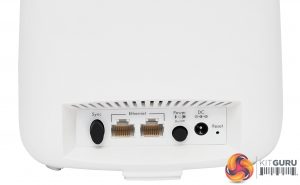 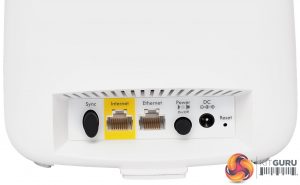 The ports on the router and satellite are almost identical, too. In between the sync switch on the left and power switch on the right (when viewed from behind) can be found two Gigabit Ethernet ports. However, on the router, one is coloured yellow and this is the one that must be used for attachment to your broadband modem, or for hooking up to the main network in access point-only mode.

Overall, the Orbi design traces a middle ground between functional and the more funky look of alternatives like the ASUS Lyra Trio. Aside from the reduced internal specification, you are losing a couple of Ethernet ports over the more expensive Orbis, but the smaller unit size might also be favourable if you don’t want intrusively large mesh satellites around your home. The next question is, has software functionality been reduced compared to the larger Orbi options?