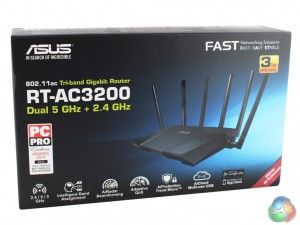 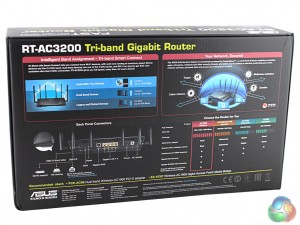 The Asus RT-AC3200 looks almost identical to the RT-AC87U. It uses the same external chassis, but with six antennas on the outside, rather than four. It’s notably a bit larger than many other routers, and the antennas are particularly tall. 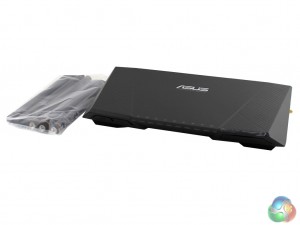 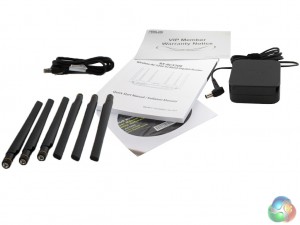 The box contains the six antennas stored separately, so they need to be affixed to the router chassis before use. The Asus power adaptor is a two-part affair, with a length cable and attached velcro to tie it together. There’s also a manual, software CD and warranty card, with the obligatory 1m ethernet cable included. 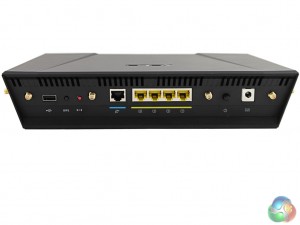 The rear of the Asus RT-AC3200 has the usual four gigabit ethernet ports, with a fifth for external connection to either a DSL or Cable modem. Four of the six antennas are connected at the back, with the other two connecting to the sides. On the left-hand side, there’s a USB 2 port, a red reset button and a WPS button. On the right is the power connector a manual power button. 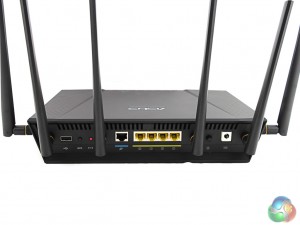 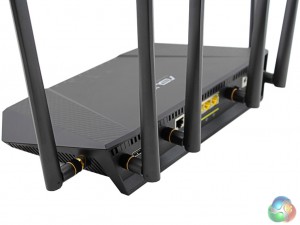 There are nine LEDS at the front to indicate various the status of various functions. In an attempt to differentiate the RT-AC3200 from the RT-AC87U, Asus has chosen white LEDs this time, rather than blue. 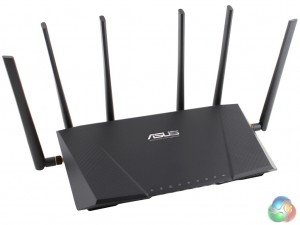 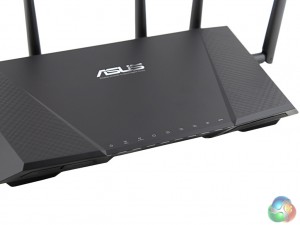 When the the antennas are attached, you can see how large they are relative to the router. If you leave the RT-AC3200 in a central location, it will hardly be inconspicuous. 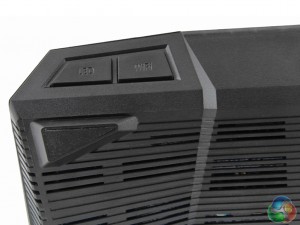 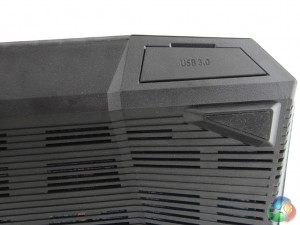 On the underside of the AC3200 are some chunky buttons to the left, to turn the wifi and the LEDs on or off. The USB 3 port is locate don the right, in an easily accessible location, behind a protective piece of plastic.

Last week, the Shadow Warrior team teased that a third entry in its first-person shooter …