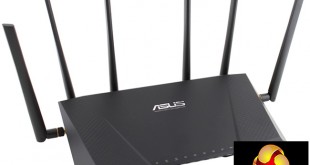 The Asus RT-AC3200 is a second-generation 802.11ac router. It features three separate wireless networks, two of which work on the 3×3 5GHz 802.11ac band, with another for 2.4GHz with TurbQAM for 600 Mbps speeds. It also has a pair of USB ports, and a setting called Smart Connect, which allocated clients to a wireless network based on an estimation of its distance. But perhaps most importantly, it has some superb software, chock full of features that makes it easy to manage your network.

Asus has followed up its original flagship RT-AC68U 802.11ac wireless router with two new models. Both add extra hardware for better wireless performance, but with a notably different approach for each.

The RT-AC87U gets an extra antenna and wireless stream, with a 4×4 MIMO configuration for some very nifty wireless performance. 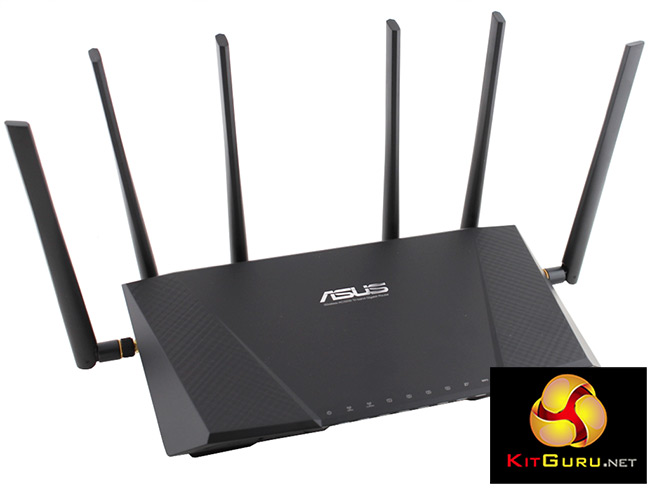 One of the problems with that setup is the current lack of wireless clients with four antennas that can take advantage of 4×4 speeds. It can deliver record breaking performance, but only by using another 4×4 router or a 4×4 wireless bridge, a really expensive proposition that the majority of people are unlikely to invest in.

So Asus has done something different with the RT-AC3200. It has six antennas, along with a second internal 802.11ac chipset from Quantenna, allowing it to output two physically separate 3×3 5GHz 802.11ac networks, along with the usual 2.4 GHz 802.11n/g/b network, which supports 600Mbps TurboQam speeds, bringing the total number of wireless networks to three.

It could be useful in certain situations. With a lot of clients, with two separate 5GHz circuits, there’s plenty of wireless bandwidth to go round. If you have lots of wireless clients, perhaps in an office environment, they can be split between the two wireless networks for better load balancing and guaranteed throughput. It also means you can keep some users isolated from others.

A unique feature in the RT-AC3200 is something called Tri-Band Smart Connect. When this is switched on, the three wireless networks are replaced by a single SSID, and the router assigns clients to either the 802.11n 2.4GHz stream or the 802.11ac 5GHz stream, depending on their range.

2.4GHz performs better at very long range than 5GHz, so with a client that’s really far from the router, improved performance might be had by switching to a 2.4GHz network. Tri-Band Smart Connect estimates a client’s distance and automatically choose a wireless network it thinks will offers the best performance, based on a number of factors. It takes place behind the scenes, invisible to the user and without service interruption.

Additionally, Asus’ comprehensive built-in software contains many other useful features, including a comprehensive security setup called AiProtection, software to manage attached USBstorage, including a built-in download manager for torrents and a sophisticated QoS and bandwidth manager.