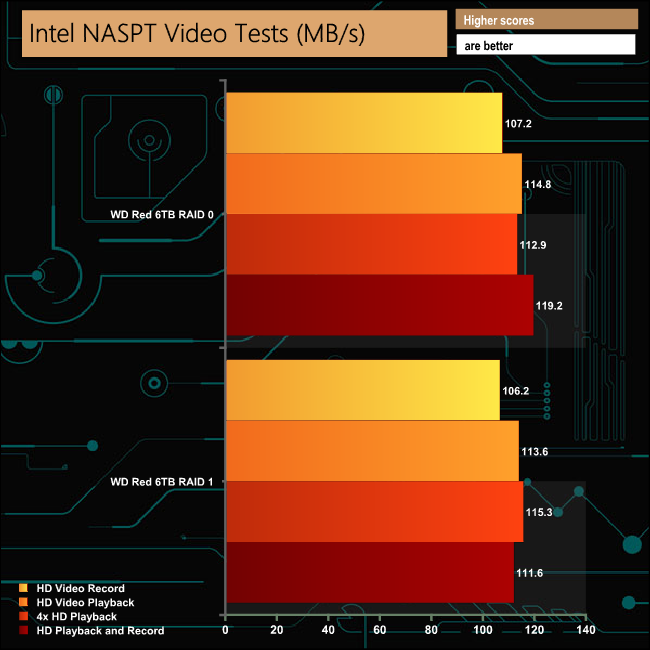 The TS-251B performs well in the video tests of Intel’s NASPT benchmark with over 100MB/s results for all the tests, and in both arrays. 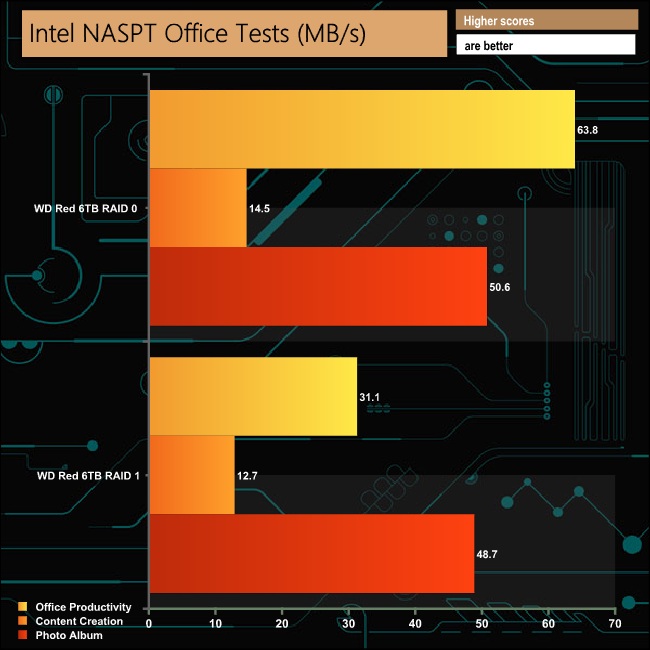 In the office tests, the performance drops considerably in the Office Productivity trace when drives are in a RAID 1 array.