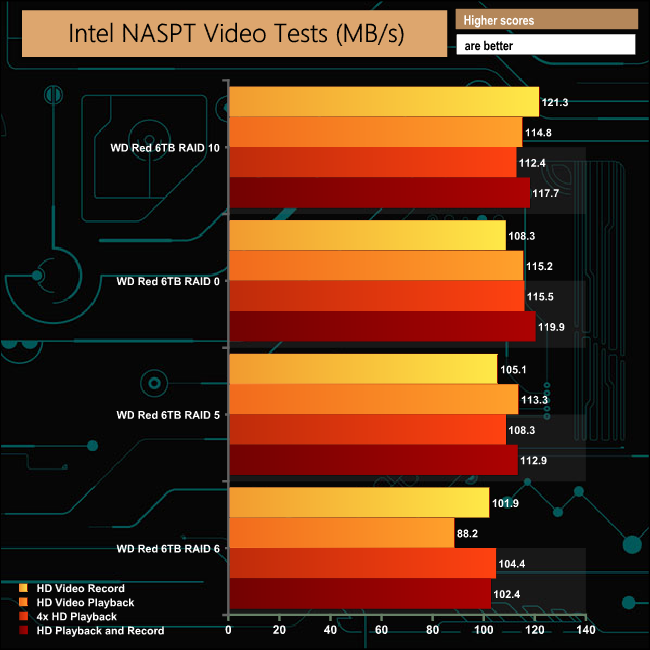 The TS-431XeU performs well in the video tests of Intel’s NASPT benchmark producing scores of over 100MB/s in all but one test. The performance drops a little in the HD Record test trace when the drives are in a RAID 6 array. 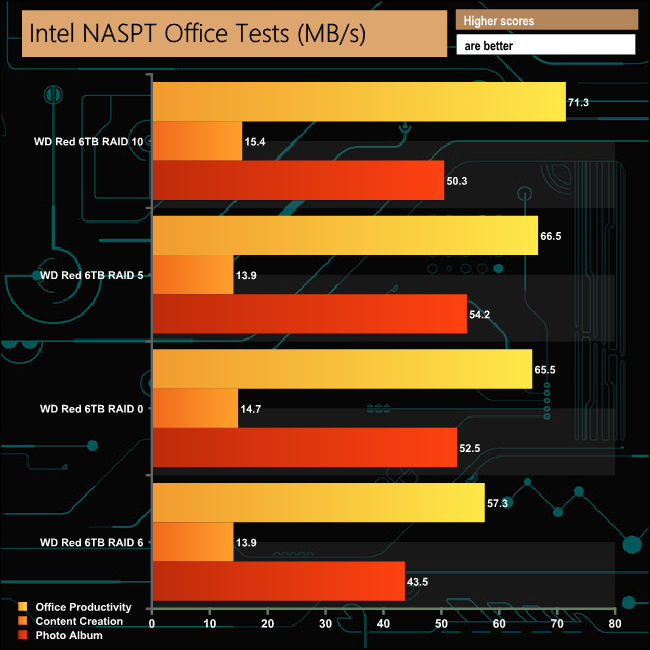 Once again in the Office parts of the NASPT test, it’s in RAID 6 where the performance pegs back a little.