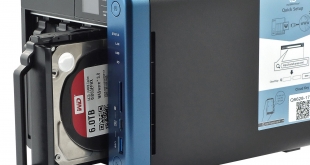 QNAP's TS-453B is the 4-bay member of QNAP's latest TS-x53B family of NAS units which sit under the companies SMB product line. The TS-x53B series are the first of their class to feature a PCIe slot for supporting fast networking cards or SSD caching. 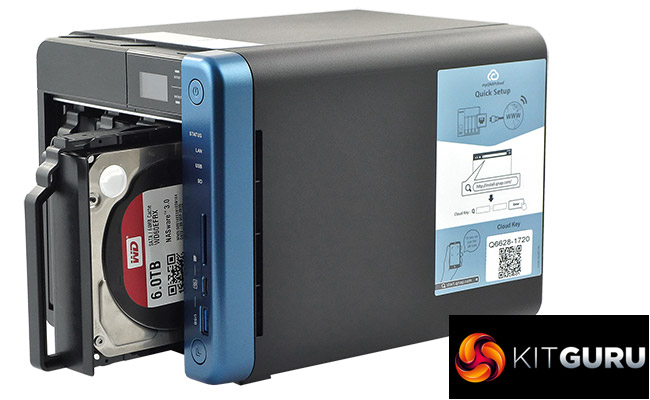 QNAP quote transfer speeds for the TS-453B of up to 225MB/s for both read and writes with both LAN ports in Link Aggregation mode.

Although the TS-453B sits under the SMB banner it would make a powerful central hub of a home entertainment network with its 4K hardware decoding support and its ability to transcode 4K H.264 videos either on-the-fly or offline. Added to this is the wide range of media apps in the QTS Apps center including HD Station. By using the HD Station app with either a USB Mouse/keyboard plugged into the NAS or the bundled remote control and connecting an HDMI monitor or TV, you don't even have to fire up a PC to use the TS-453B. 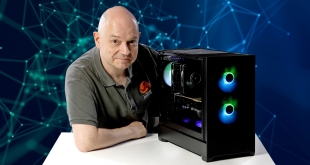