We tested the peak power consumption of a NAS at the wall during a run of CrystalDiskMark 5.0.2  as this version of the benchmark runs the read and write benchmark suites separately so its easier to monitor what power the device is using during each function. 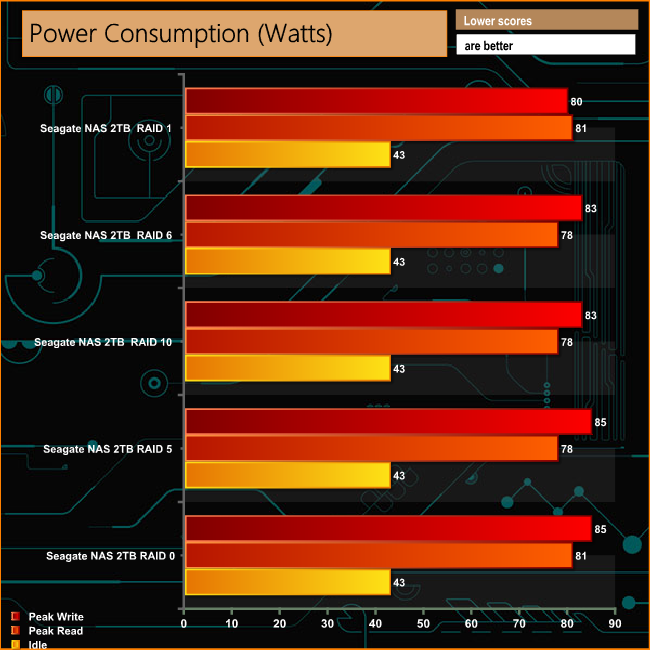 Power consumption with the four Seagate 2TB NAS drives ranged between 80W and 85W for writes and 78W – 81W for reads but this is a worse case scenario as in daily use it would be rare for the unit to be pushed as hard as it does during benchmarking.