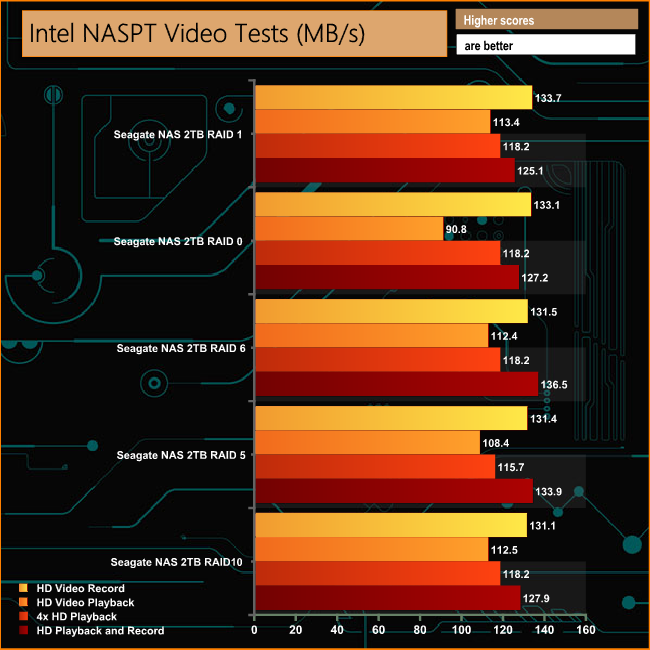 The TVS-473-16G showed solid performance in the NASPT Video tests regardless of which RAID array was being tested. The only time it didn’t produce over 100MB/s performance was in the HD VideoPlayback test when in a RAID 0 array when speed dropped to 90.8MB/s. 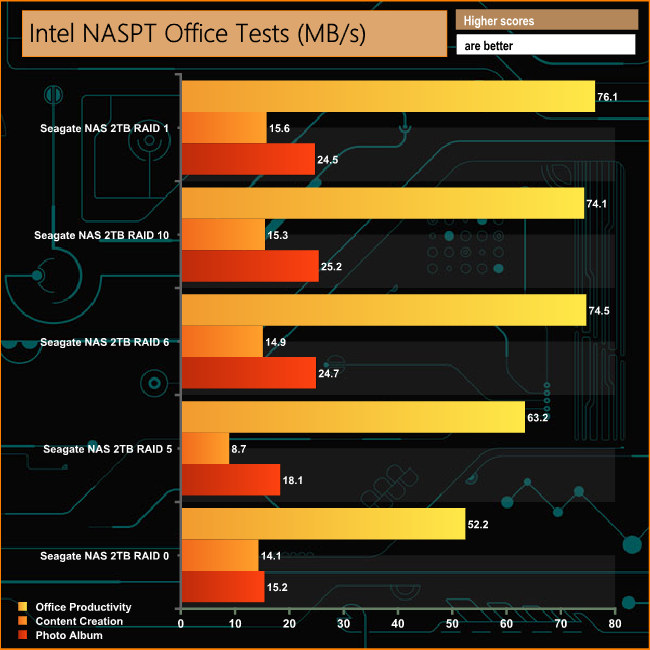 Once again good performance across all types of array, apart that is from the Content Creation test in a RAID 5 configuration where the performance dropped dramatically to just 8.7MB/s.