The new cloud-based system is expected to be made available to members of the Intel Neuromorphic Research Community (INRC) soon, to extend neuromorphic work, enabling them to solve more complex problems. The Intel Pohoiki Springs system is a data-centre style rack-mounted solution and is the company’s largest neuromorphic computing system yet. It is equipped with 768 Loihi neuromorphic research chips, all packed into a chassis the size of five traditional servers. 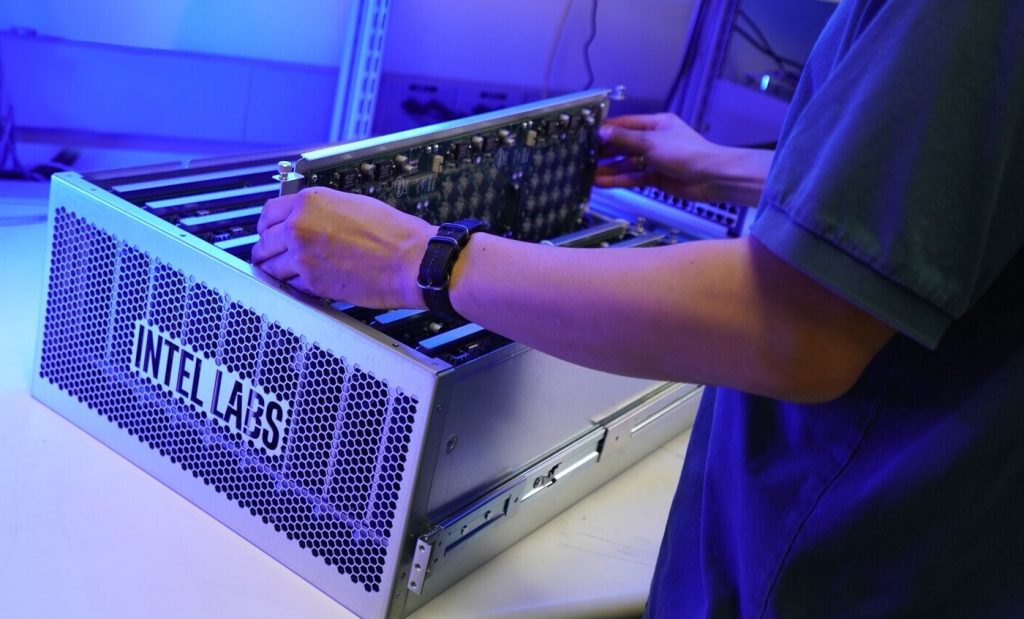 “Pohoiki Springs scales up our Loihi neuromorphic research chip by more than 750 times, while operating at a power level of under 500 watts. The system enables our research partners to explore ways to accelerate workloads that run slowly today on conventional architectures, including high-performance computing (HPC) systems.” -Mike Davies, director of Intel's Neuromorphic Computing Lab.

Like the human brain, Loihi chips can process workloads up to 1,000 times faster than conventional CPUs and are 10,000 times more efficient. Pohoiki Springs will step up scaling of this type of architecture to increase the performance of solving computationally difficult problems, as well as AI. It is claimed that with 100 million neurons, Pohoiki Springs has the neural capacity of a small mammal brain and is a step towards supporting much larger and more sophisticated neuromorphic workloads.

KitGuru says: This increase neuromorphic computing architectural capacity will assist researchers in solving more complex problems to help with the evolution of new technologies such as automation and AI, where there is a need for computer systems to act more like humans.