The PC Specialist Nucleus is an expensive computer, but as workstations go its price is merely mid-range. You do get a lot of kit for under £4,000, with the whopping 32 processing cores, a reasonable 32GB of RAM, high-end professional graphics, and plenty of fast storage. Whether you’re modelling, designing, or rendering out the results, this is a system that will cope extremely well.

But this brings us to the relative performance issues we encountered. The second-generation AMD Ryzen Threadripper comes with a new version of Ryzen Master that enables a very slick new mode called Precision Boost Overdrive. This is a learning system that will increase individual core frequencies as far as possible based on what the motherboard can deliver in terms of power, and what the cooling system is capable of dissipating in terms of temperature. Although the AMD Ryzen Threadripper 2990WX is rated as a 250W processor for TDP, if you watch its behaviour when under load it can momentarily peak at as much as twice this.

PC Specialist has equipped its Nucleus with a very capable Corsair H115i PRO water cooling system, which is 250W-rated and should be more than enough for the 2990WX – on paper. But it’s also just a dual-fan radiator unit, and our discussions with other manufacturers have hinted that this won’t actually be adequate for getting the most out of the 32-core beast. A triple-fan radiator system or one rated at 300W or more would be better, and would allow the Precision Boost Overdrive software greater headroom to run more cores at faster frequencies at once.

This hadn’t come enabled as standard on the Nucleus, but when we turned it on, performance actually went down with successive runs rather than up, presumably as the CPU got hotter. Armari’s Magnetar S32T-RD1000G2 was using Enermax’s Liqtech TR4 water cooling, rated to cope with 500W or more TDP, which goes some way to explaining the latter’s superior CPU performance, although it also had slightly faster RAM. 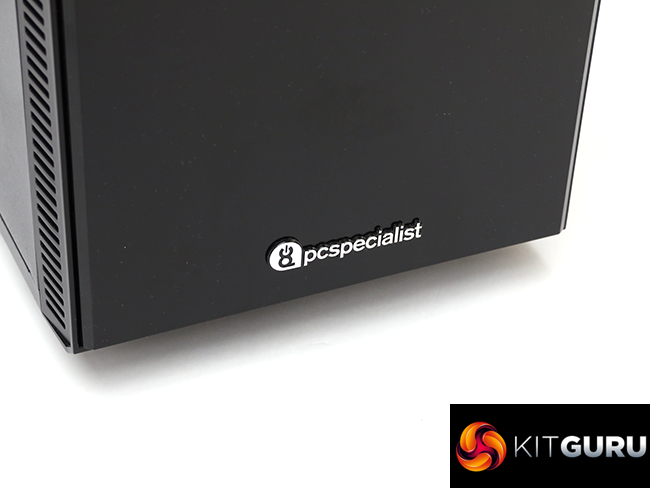 Despite these deficiencies, the PC Specialist Nucleus is still a promising workstation. We would seriously recommend that the company consider using a more potent water cooling system with this CPU, but otherwise the chassis choice and specification are commendable, and it’s worth noting that this system is £2,000 inc VAT cheaper than the Armari 32-core system we tested a few weeks ago. So whilst the full potential of AMD’s Ryzen Threadripper 2990WX has not been realised in the Nucleus, it’s still a workstation that’s worth considering.

Kitguru says: The PC Specialist Nucleus is a powerful and well specified workstation with a lot of features for the money.