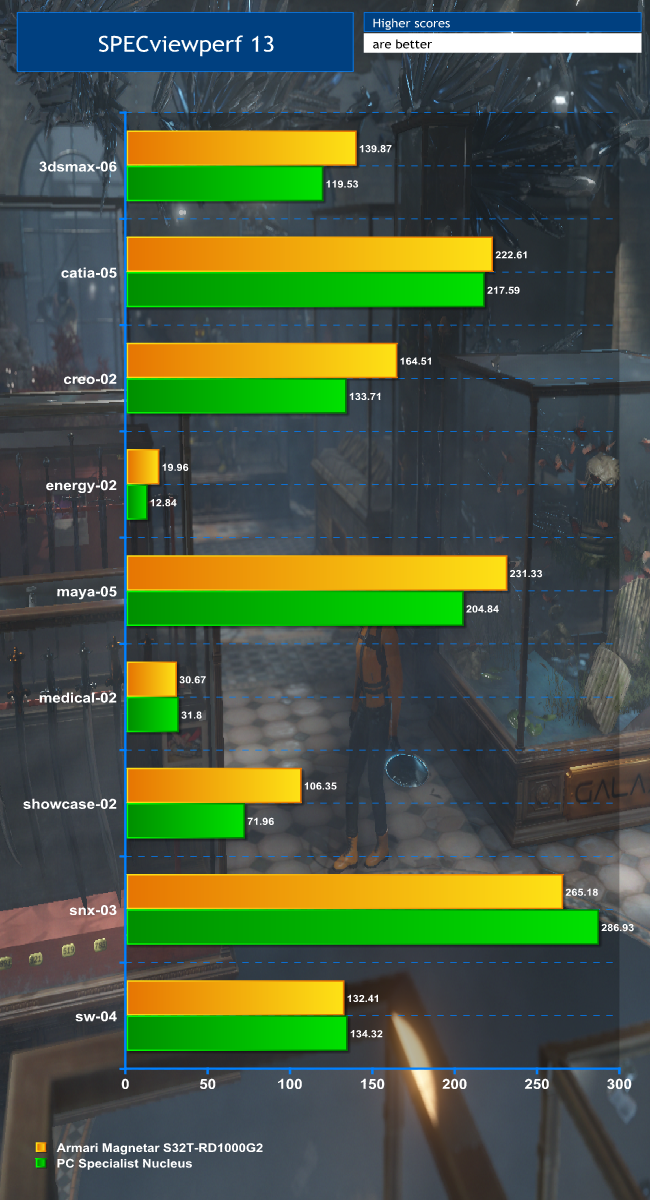 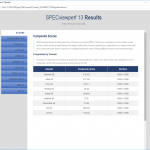 We only have comparative results from a machine with the same processor but AMD Radeon Pro WX 9100 graphics, which are nearly twice the price and therefore a more direct competitor to the Quadro P5000 rather than the P4000 in the PC Specialist system.

You can see that the P4000 fares quite well, particularly with the Siemens NX and SolidWorks tests. It’s a little behind with 3ds Max and Maya, but still very serviceable. It’s a little behind with CATIA and quite a bit with Creo, but overall you’re getting very credible modelling ability whether using 3D animation, product design, engineering or scientific visualisation software. As with SPECviewperf 12.1, though, the particular strength is product design software.