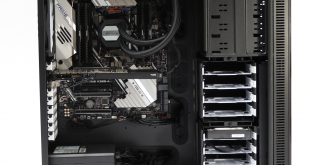 The AMD Ryzen Threadripper 2990WX blew our minds when we first reviewed it a couple of months ago. It’s an absolutely stunning basis for a high-end workstation, with nothing from Intel to compete with its 32-core grunt just yet. This time around, we are taking a look at the same processor in a workstation from PC Specialist. Called the Nucleus, it’s so named because of the latter’s creative role in generating everything we do with a PC (apparently).

To recap, the Ryzen Threadripper 2990WX is a huge 32-core CPU from AMD, with two threads per core. It operates at a nominal 3GHz, but can boost individual cores to 4.2GHz. So it offers absolutely tons of multi-threaded rendering potential, alongside single-threaded clock speeds that will be great for activities like modelling and design. PC Specialists partners the storming CPU with 32GB of 2,933MHz Corsair Vengeance DDR SDRAM in four DIMMs.

Instead of going all-AMD, however, PC Specialist has opted for the mainstream PNY NVIDIA Quadro P4000 as graphics accelerator – still the most popular workstation option. Whilst NVIDIA’s RTX range is imminent, there won’t be a replacement for the P4000 in the first set of releases, so the P4000 will remain the sub-£1,000 choice from NVIDIA. 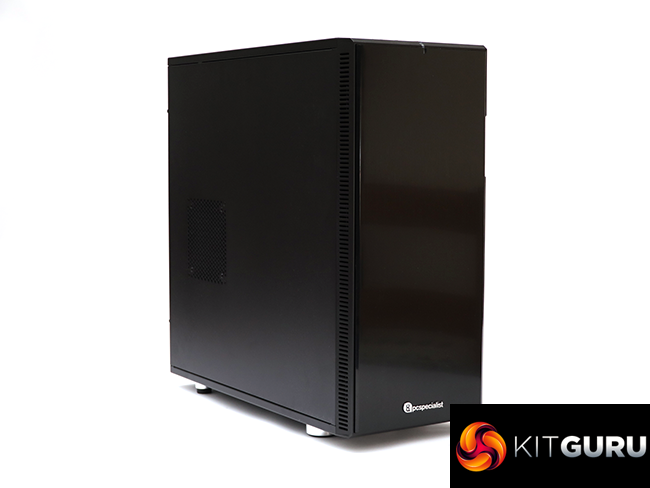 PC Specialist diverges from Armari by opting for an ASUS PRIME X399-A motherboard, and uses a standard Fractal Design Define XL R2 chassis. The storage is the usual combination of a SSD for operating system and apps alongside conventional hard disk for general data, but both are sizeable, with 1TB and 4TB capacity respectively.

So this is a slightly more standard workstation than our Armari first look, but it’s also a couple of grand cheaper. Read on to discover whether this is another storming AMD Ryzen Threadripper workstation.