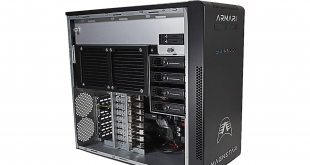 AMD may not have quite managed to rout Intel with its Ryzen 7 and Threadripper in the same way it managed to a decade or so ago with the Athlon FX and Opteron. But it’s certainly keeping Intel on its toes. We’ve seen some great new CPUs from Intel to head AMD off at the pass, and the original Threadripper really gave Intel’s Core i9 something to think about when we put the two head to head last year. Although the 18-core Core i9 7980XE just about returned the performance crown to Intel, it didn’t win on price. But the latest round could be more of a killer blow. Alongside an updated successor to the Ryzen Threadripper 1950X called the 2950X, which is very similar but with higher clock speeds, is a much more interesting proposition for workstation users – the Ryzen Threadripper 2990WX. With a whopping 32 cores running at up to 4.2GHz, this processor has something to offer every type of workstation user. We took our first look at the new core-count champion in a workstation from Armari.

To put what AMD has achieved in perspective, the AMD Ryzen Threadripper 2990WX’s 32 cores give it four more even than Intel’s top 28-core Xeon Platinum 8180. Aside from the latter being more difficult to get hold of than hen’s teeth, they also cost around £9,000 each. Yet the AMD Ryzen Threadripper 2990WX is more like £1,600. Admittedly, this is still a lot for a processor, but it’s £100 cheaper than Intel’s Core i9 7980XE, which only sports 18 cores.

Just to cement the impressiveness of the 2990WX on paper, this is nominally a 3GHz processor, but has a Boost Frequency up to 4.2GHz, similar to the original Threadripper 1950X, which only has 16 cores. Using capable cooling, you could potentially run this CPU at 4GHz across all cores, or (even better) let AMD’s amazing Ryzen Master software dynamically overclock your cores so many of them run at 4.2GHz and most at close to 4GHz.

So whether you’re running code that likes clock speed, such as 3D modelling software, or multi-threaded applications like 3D rendering or video encoding, this CPU will be in its element. Intel’s humungously expensive Xeon Platinum 8180, in contrast, has a nominal 2.5GHz clock, and can run two cores at 3.8GHz or all of them at 3.2GHz. Although KitGuru hasn’t reviewed any systems with this CPU, the writer of this article has, so we will be able to offer some comparisons to underline how much you get for your money with the AMD Ryzen Threadripper 2990WX. 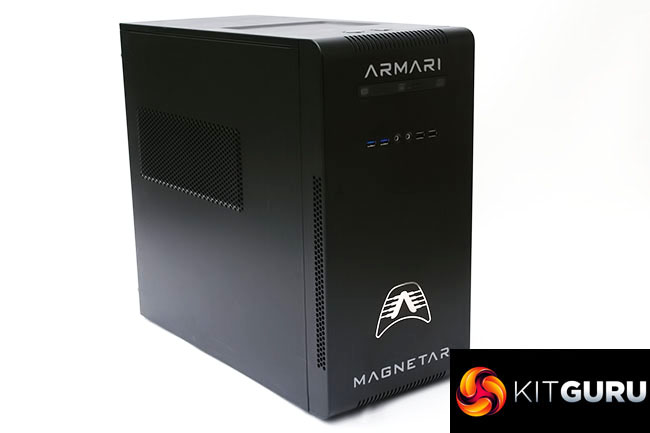 In order to provide the best comparison, we are looking at the new Threadripper in an Armari workstation that is very similar in specification to the ones we used for our Threadripper versus Core i9 article. The graphics is also from AMD, in the shape of a Radeon Pro WX 9100, which is the professional version of the Radeon Vega Frontier Edition that came with our previous Threadripper workstation.

Unlike most reviews you will see from our gaming website competitors, we draw upon a lengthy experience reviewing workstations, for example our Complete Guide to Workstations provided a comprehensive analysis of which components you should choose for specific professional applications. We have an extensive track record looking at professional systems, such as the £18,000 Workstation Specialists WS-X1100, and £9,000 Scan 3XS GW-HT35. So read on to find out the definitive answer to the question, is the AMD Ryzen Threadripper 2990WX the best current workstation processor in the world?