The Armari Magnetar came in the company’s S Series chassis. This is just about to be replaced with a new model, but that wasn’t available yet for our review. 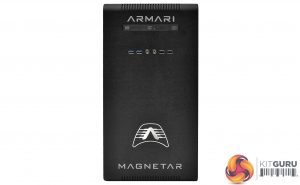 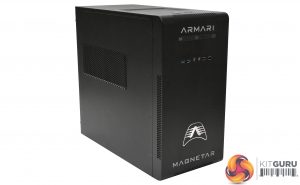 Armari designs its own chassis, and this is a heavy, robust, very carefully considered case that offers many features optimised for the workstation user. 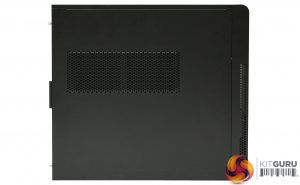 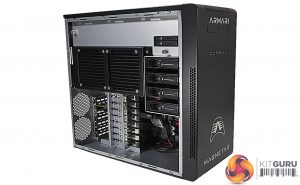 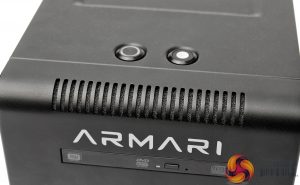 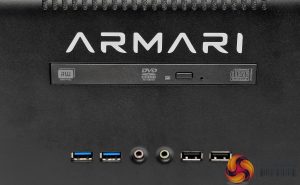 The huge vent on the side fo the chassis is where the water cooling radiator ejects its air. Power and reset buttons are conveniently on the top, as this is the kind of case you’re likely going to place on the floor due to its weight. There’s a slimline optical drive on the front, just in case you need to burn a DVD or install software or content off a disc. Beneath can be found four USB ports and audio minijacks. But you can’t install any 5.25in drives with front accessibility – not that we have needed this feature for at least a decade. 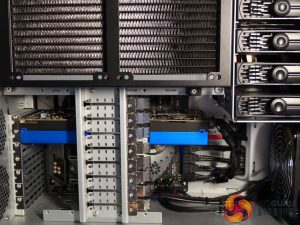 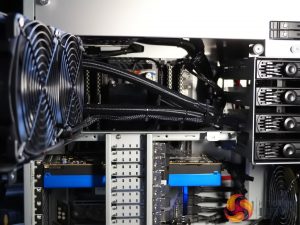 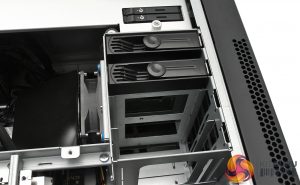 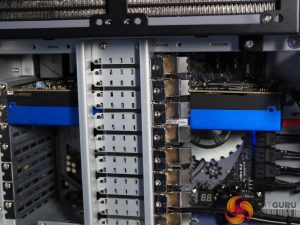 One of the key benefits of this chassis is that it’s designed for water cooling from the outset. This is usually Armari’s custom SPX-A57LX system, but for this workstation an Enermax Liqtech TR4 has been employed instead. The Threadripper 2990WX is rated at 250W, but with overclocking could exceed the 300W abilities of Armari’s own water system, making the Enermax the safer choice. The radiator swings out to reveal the CPU and RAM beneath.

The chassis has room for six drives in fast-swap caddies. There are four bays for 3.5in drives, and two for 2.5in drives. None of these were populated in our sample, because the sole drive was a SSD installed directly onto the motherboard via M.2. There’s a retainer bracket across the PCI Express slots that makes replacement more involved than with some workstations. However, many manufacturers stuff their systems full of bubble wrap to prevent the graphics card getting unseated during transit, and this bracket does the same job permanently. 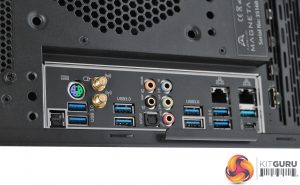 The Threadripper 2990WX is installed in the same ASRock motherboard as our original Threadripper workstation, so its backplane ports are identical. The X399 Taichi includes a PS/2 port for legacy mouse or keyboard connections, and also has 802.11ac WiFi built in. There are two Gigabit LAN ports, and eight USB 3.1 Gen 1 connections (formerly known as USB 3.0). The usual array of minijacks for audio are on hand.