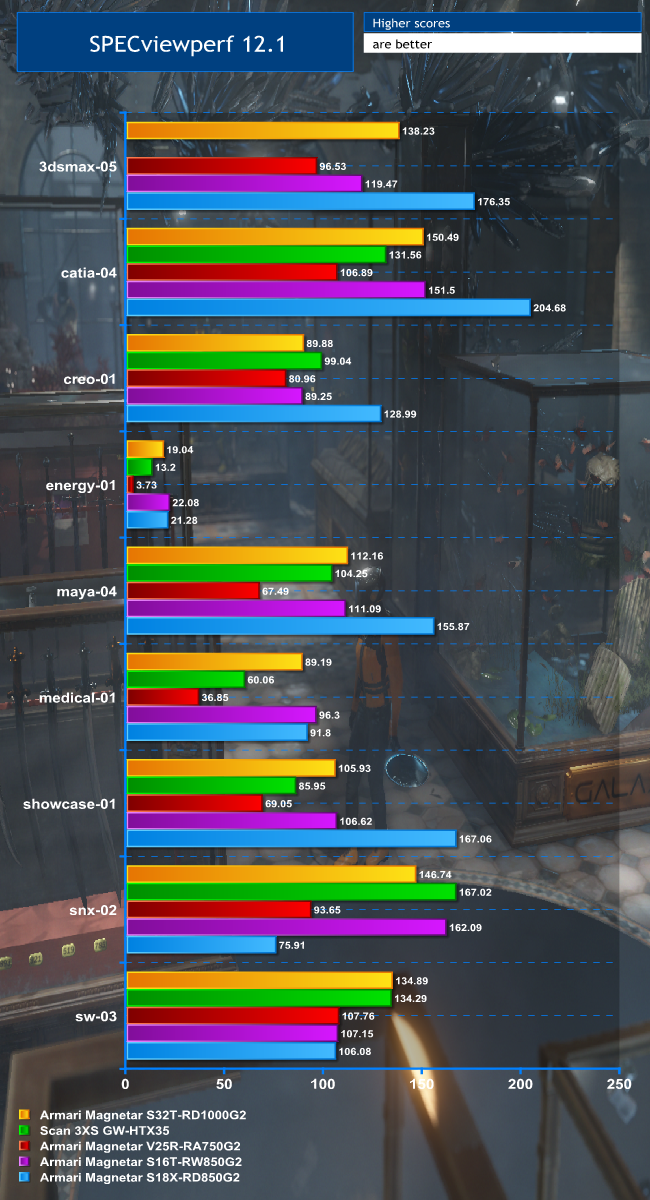 The results are more favourable with the software represented by SPECviewperf 12.1. The performance with 3D content creation viewsets 3dsmax-05 and maya-04 placed second to the NVIDIA GeForce Titan Xp in the Core i9 system. Elsewhere, the results were very respectable. We’re not going to go into very much detail about the individual viewset scores, as we are focusing on the CPU in this review, but the key thing to note is that this is a 32-core processor that won’t hold you back when performing tasks that favour single-core clock speed like modelling. 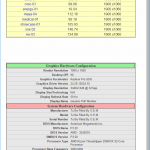