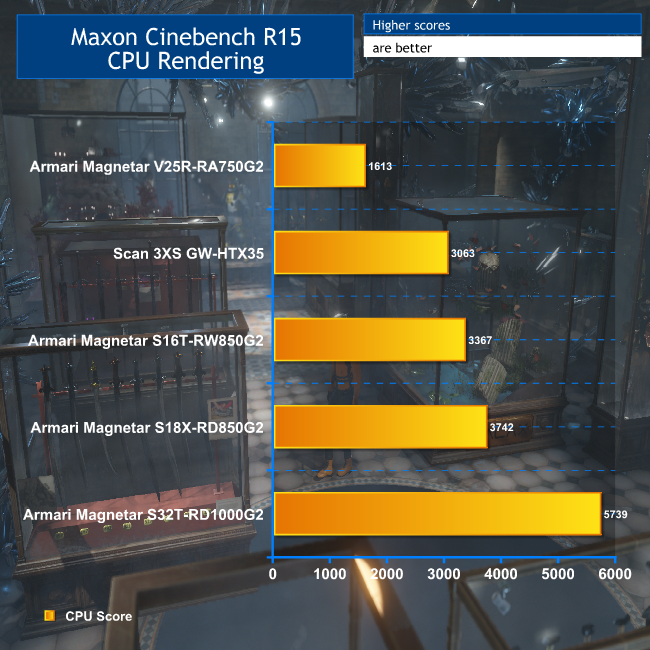 This is perhaps the most significant graph you will see in this review. The 2990WX managed 5,739 in Cinebench R15’s rendering test, which is 70 per cent more than the 1950X and 53 per cent more than the Intel Core i9 7980XE – a processor that costs slightly more. To put this further into perspective, this reviewer has tested a workstation with dual Intel Platinum 8180 CPUs, giving it a total of 56 cores. That only managed 7,170 in the Cinebench R15 CPU test. These two CPUs would set you back more than ten times as much as the 2990WX, but you’re only getting 25 per cent more rendering performance in return. 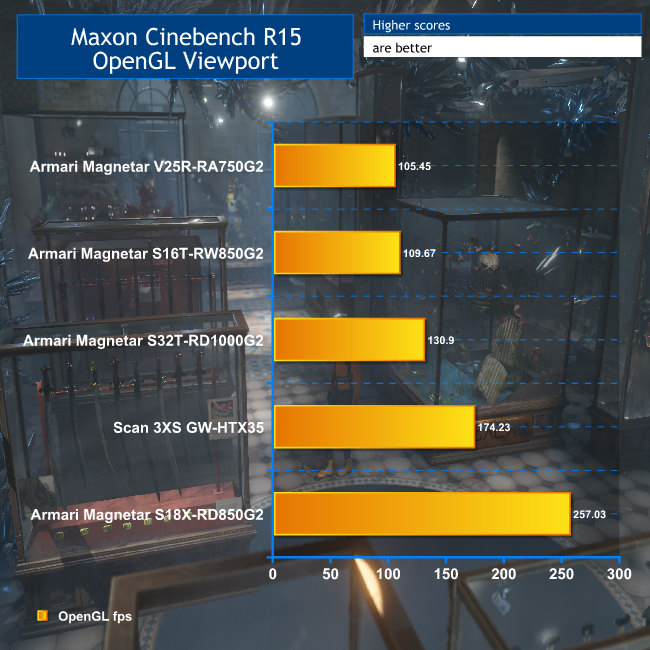 Cinebench R15’s OpenGL test is not a strong point for current AMD graphics. The Radeon Pro WX 9100 managed better than the AMD graphics in the V25R and S16T, but wasn’t a match for the NVIDIA graphics of the Scan or S18X.

We also used Ryzen Master to run all 32 cores at 4GHz and tried the CPU render of Cinebench R15 again. The result was an even better 6,108, showing that this is one type of activity where an all-core overclock might be preferable. 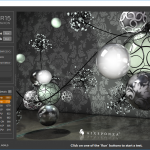 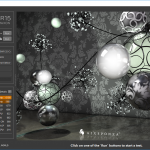