We’re back to positive news when it comes to power consumption. Whilst you can’t expect a processor with 32 cores to be miserly, we were pleasantly surprised with the 2990WX in this area. To test the relative system power consumption of the three main Armari workstations, we plugged each one into a mains power meter, which records various details of electrical behaviour. In particular, we wanted to see approximately where the system settled when idle, and then when running the CPU at 100 per cent load. We ran the Blender Gooseberry Production Benchmark again and used our mains power meter to give us a maximum power consumption reading. 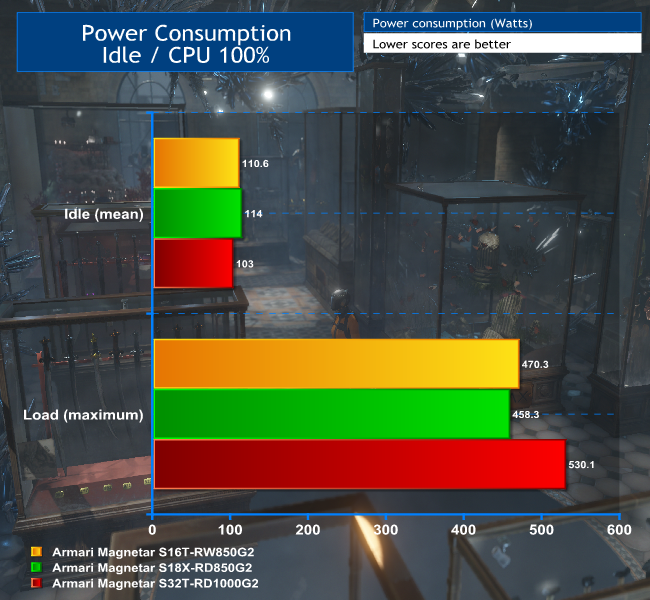 The system actually idled a little lower than the others, but it doesn’t have a mechanical hard disk so this could partially explain this result. The bigger surprise is that, despite its huge extra abilities when rendering with Blender, it’s only consuming 13 per cent more power than the Threadripper 1950X and 16 per cent more than the Intel Core i9 7980XE. When you consider it will complete the render much more quickly than either, it will actually consume less power overall for a given render job.