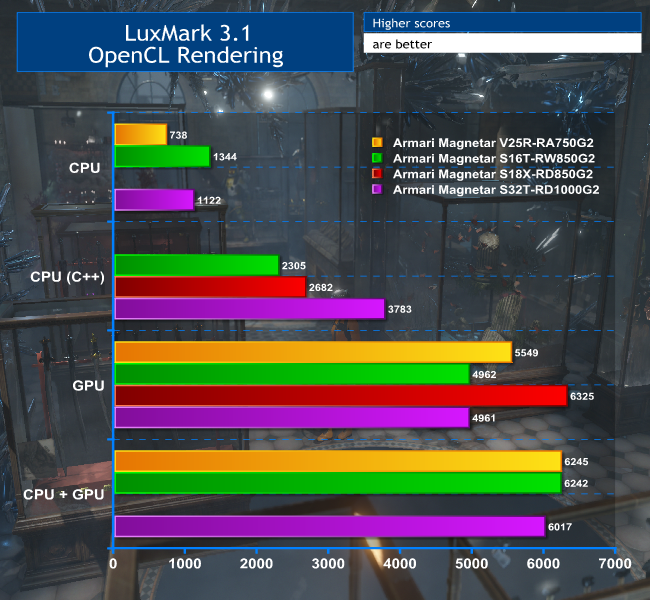 Unfortunately, the Core i9 is not supported by Intel’s OpenCL drivers, so we were not able to run the LuxMark 3.1 render on the Intel system’s CPU, or on the CPU and GPU combined, using OpenCL. However, we did run the barebones C++ version of the LuxMark benchmark on all systems.

The Threadripper 2990WX doesn’t fare particularly well with OpenCL, actually lagging behind the 1950X, which implies that its OpenCL support is not yet optimised. Unsurprisingly, since the Radeon Pro WX 9100 is very similar in specification to the Radeon Vega Frontier Edition, both produce almost identical scores, but the Threadripper 2990WX lags slightly behind with both CPU and GPU combined. 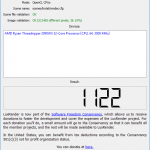 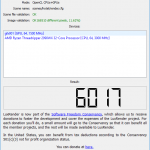 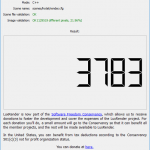 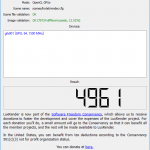 But NVIDIA has its own proprietary GPGPU API called CUDA, which stands for Compute Unified Device Architecture. This name makes it sound as generally available as OpenCL, but in fact only NVIDIA graphics cards support it. There are a number of CUDA-enhanced 3D renderers out there, such as Octane Render, Redshift, and V-Ray.

The full list can be found on NVIDIA’s website. But support for both CUDA and OpenCL is available in the latest version of the Open Source Blender, so let’s turn to that application next.

Blender is a free and open source 3D creation suite. It supports the entirety of the 3D pipeline—modeling, rigging, animation, simulation, rendering, compositing and motion tracking, even video editing and game creation. The latest version at the time of writing, 2.79, supports rendering on the GPU as well as the CPU. In GPU mode, it will render using OpenCL with AMD graphics cards, and CUDA with NVIDIA graphics cards. For this test, we used the Gooseberry Production Benchmark. Project Gooseberry is the code name for the Blender Institute’s 6th open movie, Cosmos Laundromat — a 10-minute short, the pilot for the planned first-ever free/open source animated feature film. The benchmark renders a single frame from this film in intermediate quality. 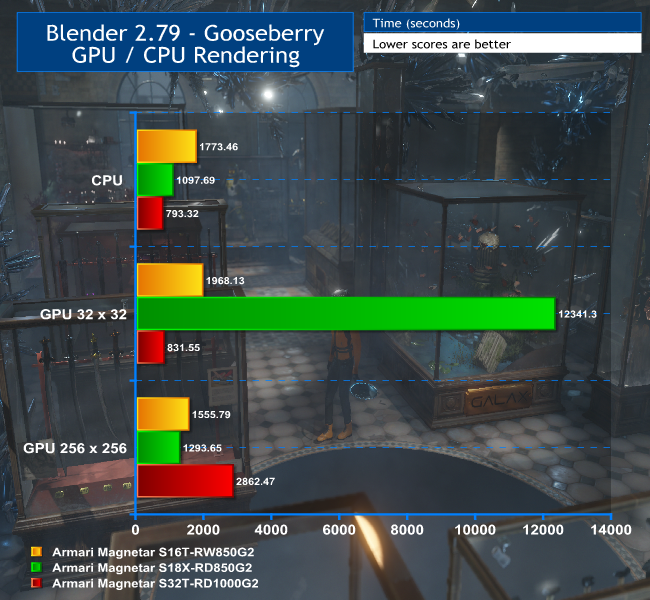 Unsurprisingly, the Threadripper 2990WX aces the CPU render. It’s 28 per cent faster than the Intel Core i9 system. Interestingly, the Radeon Pro WX 9100 is almost as quick. As we noted, GPU rendering on Blender can be very sensitive to tile size, so we tried both 32 x 32 and 256 x 256-pixel tile sizes. The WX 9100 actually preferred the former, whereas the Vega Frontier Edition and Titan Xp were quicker with the latter. Either way, the 2990WX is the fastest of all for rendering with Blender. 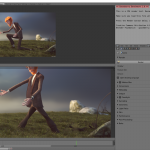 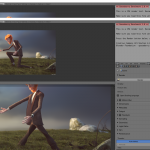 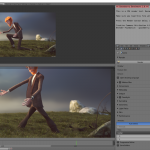 Corona Renderer is a new high-performance (un)biased photorealistic renderer, available for Autodesk 3ds Max and as a standalone CLI application, and in development for Maxon Cinema 4D.

The development of Corona Renderer started back in 2009 as a solo student project of Ondřej Karlík at Czech Technical University in Prague. Corona has since evolved to a full-time commercial project, after Ondřej established a company together with the former CG artist Adam Hotový, and Jaroslav Křivánek, associate professor and researcher at Charles University in Prague.

Despite its young age, Corona Renderer has become a production-ready renderer capable of creating high-quality results. The Corona Benchmark outputs a single ray-traced frame from a sample production. 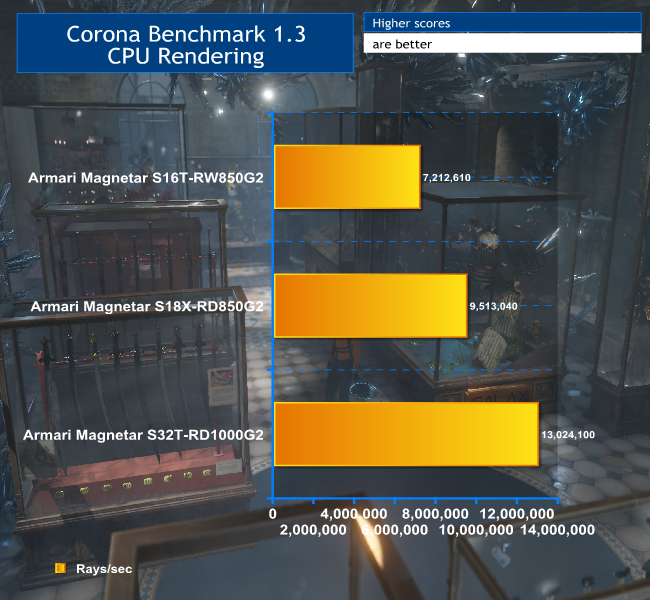 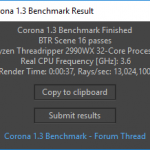 Overall, the story is pretty consistent with all CPU-based rendering, which comes as no surprise. This is truly a phenomenal processor for all forms of 3D rendering, beating the more expensive Intel Core i9 7980XE hands down, and being far enough ahead of the 1950X to make it worth the extra money. If you want powerful rendering in your workstation, the AMD Ryzen Threadripper 2990WX is the current champ.