WireGuard is a simple, fast and modern VPN

A virtual private network – or VPN – is a technology that can be used for many purposes. It can range from being used to express political opinion, without fear of crackdowns, or as something which lets you watch your favourite show on Netflix. Now the next generation’s open VPN-protocol is being rolled out – it’s called WireGuard.

Many areas of the world have seen an increase in the use of VPNs during recent times. Most people know what a VPN is and how to use it. However, it’s easy to overlook the importance that the protocol plays on both the security and the speed of the VPN. There is a handful of protocols out there already being put to use, each having its own benefits and drawbacks – with the common denominator that most of the protocols have a few years on their neck.

Above is a graph showing the difference in speed – in throughput and ping – between OpenVPN and the newer WireGuard. As shown, WireGuard’s data shows it is able to put send and receive more data in lesser time. OpenVPN is one of the most popular protocols at the moment and has the benefit of running on almost any device and operating system.

WireGuard already being used in the Linux 5.6 kernel and the developers say that the protocol “is suitable for both small embedded devices like smartphones and fully loaded backbone routers.” The developers also want to make clear that the WireGuard is secure, saying that “WireGuard uses state-of-the-art cryptography, like the Noise protocol framework, Curve25519, ChaCha20, Poly1305, BLAKE2, SipHash24, HKDF, and secure trusted constructions”.

Linus Torvalds, the creator of Linux, also praises the new protocol and being willing to “state his love for it”. Torvalds continues to say that OpenVPN and IPSec are “horrors” in comparison to the more modern WireGuard.

WireGuard has also released a PDF that further explains how the new protocol works and what benefits it has.

KitGuru says: Are you using a VPN on a regular basis? What are your thoughts on WireGuard?

Share
Previous Half-Life: Alyx Source 2 level editor is being worked on now
Next Bethesda won’t be holding a digital games showcase in June 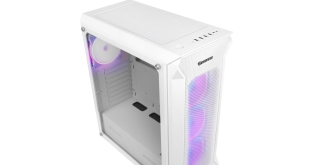