Intel has announced that customers will be able to get their hands on the company's first-ever 6-core i5, 4-core i3 and the rest of the 8th-generation processors beginning October 5th. This reveal of information comes with a host of new details for the Coffee Lake line of CPUs as well as its accompanying Z370 chipset.

Intel is claiming its flagship Core i7-8700K is its “best gaming desktop processor ever,” capable of the company's highest frequency ever using Intel's Turbo Boost 2, giving a smooth 4.7 GHz maximum single-core turbo frequency. This can be overclocked even further to 5 GHz with relatively simple cooling systems. 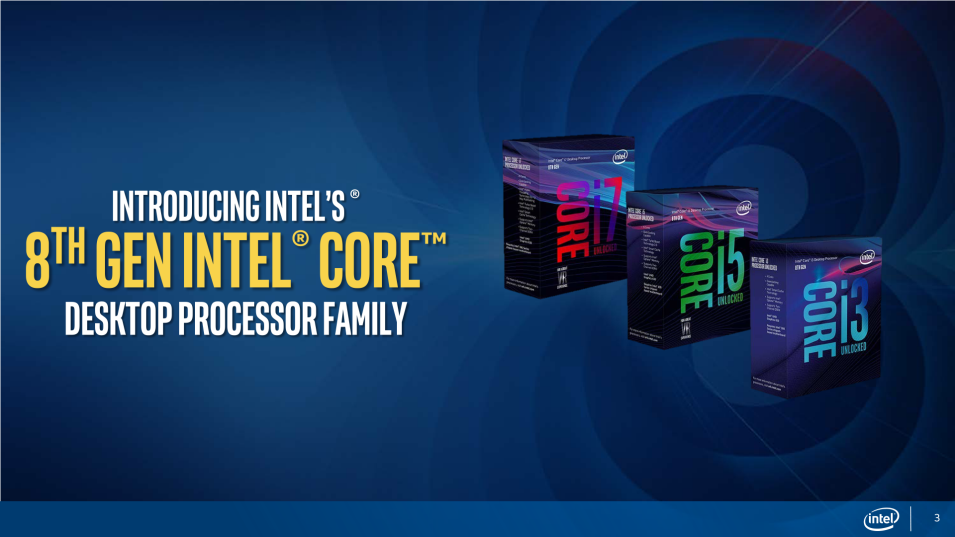 At its base 3.7 GHz, the CPU is said to give gamers a performance boost over 7th-gen processors, yielding 25 percent more frames per second in titles such as Gears of War 4, and a 45 percent boost while “mega-tasking” such as gaming, streaming and recording PlayerUnknown's Battlegrounds at the same time.

4K has been a focus of the new processors, with Coffee Lake aiming to make both editing and streaming the high-resolution incredibly easy. For content creators, 4K 360-degree videos can be edited up to 32 percent faster when compared to last-gen processors, while on the content consumer side of things, Intel has implemented better tech for streaming of 10-bit, HDR UHD videos for sites that offer such services like Netflix and Amazon Prime. 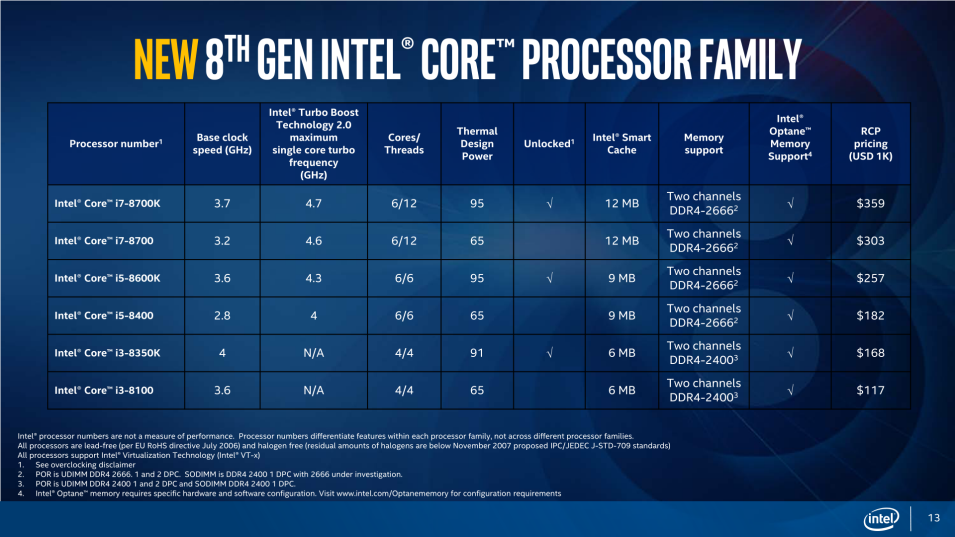 It's worth noting that across the board, the 8th-generation of processors is mostly higher than that of previous generations. The flagship 8700K comes in at $359 over last year's 7700K that cost $305. This $54 increase is 18 percent more in just a year. This could be attributed to Intel's push on greater overclocking within the chip, including per core overclocking, max memory ratio being pushed up to 8,400 MT/s, real-time latency control as well as Intel's proprietary Extreme Tuning Utility and Memory Profile. That being said, it does leave a sour taste that this price increase is alongside the need to upgrade the motherboard too.

While there's a case to argue that Intel is purposefully withholding the 8th-gen processors from working on previous chipsets, the new Z370 chipset specifies improved power delivery compared to predecessors to account for the multiple core increases across the range. These new boards officially support DDR4-2666, integrate Thunderbolt 3 and push Optane Memory, which is certainly an improvement over mechanical HDDs with it being 2.1 times faster, however struggles to outmatch SSDs.

Intel's 8th-generation line-up of Coffee Lake processors will be available for purchase on October 5th, with the flagship Core i7-8700K costing a base price of $359.

KitGuru Says: While these numbers aren't too bad, those running 7th-gen processors are unlikely to be enticed into shedding out yet again. The best course of action for those interested in buying into the new processors is to see benchmarking at the time of release. Are you looking to upgrade soon?