The news embargo has lifted on Intel 11th Gen Intel Rocket Lake-S so we know plenty about feeds, speeds and prices.  In addition we have discussed Core i7-11700K after a few hundred CPUs mysteriously went on sale early in Germany and France. Add in the fact that Intel launched its Z590 motherboards all the way back in January and you might think we can only now wait for the review embargo to lift on 30th March. Nope, there's still plenty to discuss.

One of the nuggets of information came from Der 8auer who did some nifty analysis using a photo of a delidded Rocket Lake CPU to calculate the die size.

After that he superimposed an Intel block diagram on the image to show the new Cypress Cove cores are much larger than the Skylake cores that Intel has been using in recent times. Cypress Cove is Intel's way of using Ice Lake cores on a 14nm fabrication process as they have been unable to use the intended 10nm process. We have known for some time that Intel has been obliged to cut the core count of Core i9 from ten cores to eight but seeing the bare Rocket Lake die drives home the point that they really had little choice in the matter.

We have been wondering why Intel is pushing the Z590 chipset so hard when H570 and B560 have very similar sets of features. When you factor in that Intel is allowing memory overclocking on non-Z chipsets then it boils down to you needing the Z590 if you want to overclock your CPU, and if you're not fussed about overclocking you can save money with H570 or B560. 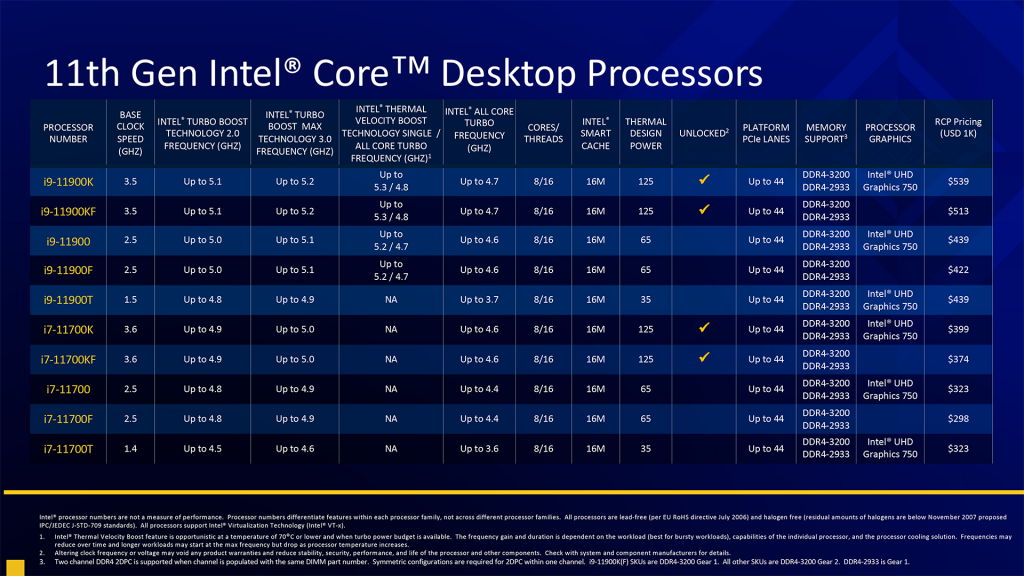 We had a similar question hanging over Core i9-11900K as it looks like a decently binned version of Core i7-11700K with slightly better clock speeds and the addition of Thermal Velocity Boost which increases the speed of one or two cores, provided the temperature remains under control. 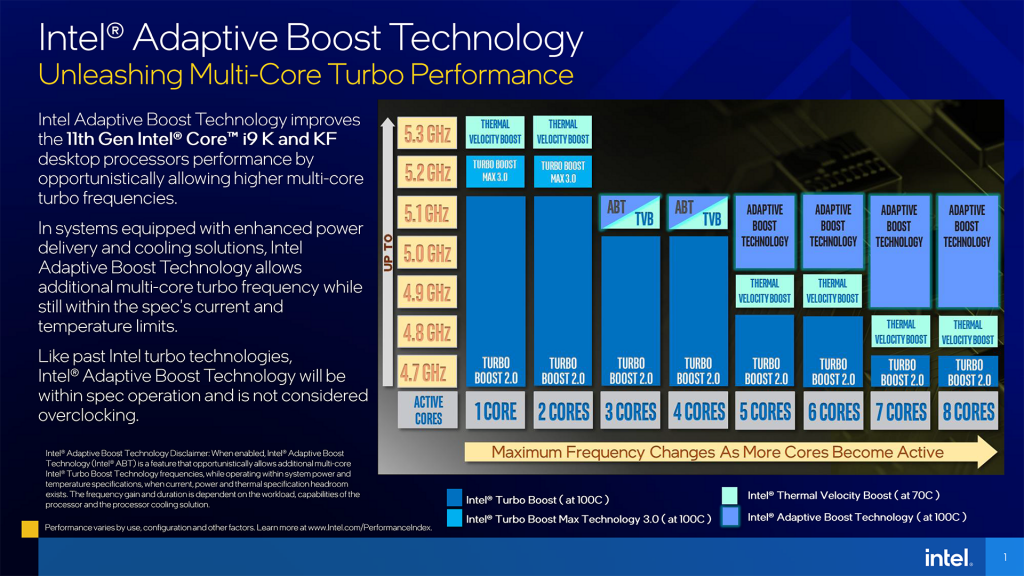 The breaking news is that Z590 supports a feature called Intel Adaptive Boost Technology that was not included in our technical briefing and which only broke cover in the past few days. Intel ABT allows your 11th Gen Core i9 to run at 5.1GHz on all cores, provided your Z590 motherboard has the correct BIOS support. We have received a steady flow of Beta BIOS for various motherboards and have every expectation that Intel ABT will be included in our launch review.

KitGuru says:  We have our doubts about the premium that is being charged for Core i9 and Z590, however the release of new features that are restricted to this hardware will certainly make life more interesting.