Testing the Shark Zone H10 has been a pain-free experience. I would normally kick things off with a closer look at the software driver but this is a plug and play product. There is no additional software to download for things like virtual surround sound or adjustable EQ settings. 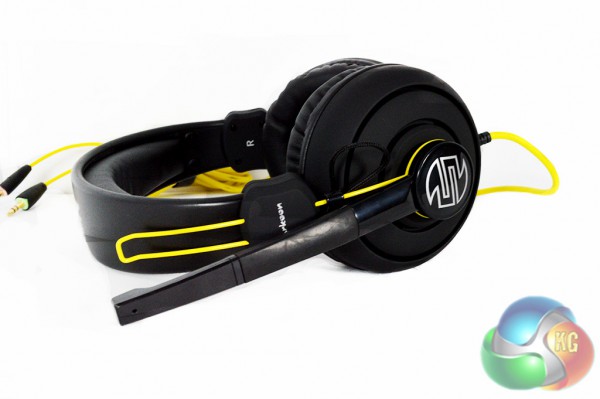 The time I have spent using the Shark Zone H10 as my main headset for my entertainment needs have left me with positive impressions. The closed back design helps with noise isolation, which is important as I can often hear traffic from my desk. I also found that the pair of 40mm drivers are capable of reproducing a range of frequencies, delivering a quality listening experience.

The headset does not feature an adjustable EQ, so the frequency response curve is fairly flat. Bass response is tame, providing about as much boom as you could expect from a headset competing in this end of the market.

When it comes to testing a headset with games, I have a few ‘go to’ titles- Thief and Alien Isolation both feature fantastic sound design and demand immersion. I also like to have a few rounds of competitive Counter-Strike: Global Offensive as plenty of gamers buy headsets based on how clearly they can hear footsteps during first-person shooters.

Ambient sounds are easy to pick out in titles like Thief and Alien Isolation, and stereo panning is also on point.

Some virtual surround sound would have helped a bit with audio positioning but that may be asking for too much for a headset in the sub £30 price bracket. It is also important to note that there are third-party software solutions for virtual surround.

Comfort is always an important factor when it comes to buying a headset. The Shark Zone H10 features firm padding on the headband as well as on the ear cups. I had no issues with clamping pressure while wearing the headset for several hours at a time and the ear cups fit well.

The only problem I really have with this headset in terms of design is the yellow rubber cable- it simply attracts black marks and smudges too easily. However, this is rather picky, if Shark Zone had used a black cable or a braided cable like on the M20 mouse, then this problem would be solved.

Sound quality is good and the headset is comfortable enough but microphone quality is also of great importance. In order to test the Shark Zone H10 microphone, I hopped on a view Skype calls and Team Speak servers.

In all, the microphone performs well, it is fixed in place so it does not bend in to position.

My voice came across clearly and the microphone did a good job of picking up my voice without the need to boost it via software.  There was no distortion or feedback noise, which can be common in lower end headset microphones.

That said, noise cancellation could have been better, key strokes, mouse clicks and fans spinning in the room can be audible. This sort of thing can be fixed with a noise gate though, Team Speak has a pretty good one built-in but in order to set 0ne up across all programs you will need a third-party application like NoiseGator.