Home / Tech News / Featured Announcement / What is going on with AM4 X370 motherboard stock?

What is going on with AM4 X370 motherboard stock?

AMD's Ryzen 7 processors are officially available and following positive reviews, many are looking into building a new AMD-based system at the moment. Unfortunately, there is one thing standing in the way- motherboard supply. Right now it seems that X370 and to a lesser extent B350 motherboards are becoming very difficult to find in stock, with retailers like Overclockers UK, Amazon and more stuck with offering pre-orders while they await new shipments. With so many readers emailing us complaining they aren't buying a Ryzen CPU until motherboard stock is available (and our public poll showed 33% of readers were holding off on a purchase for the time being) we spoke with our industry sources to find out when we can expect new AM4 availability, alongside why this problem arose in the first place.

Let's start with the root of the problem. We already know that retail Ryzen CPUs are great, we have even given our highest gold award to both the Ryzen 7 1800x and 1700x. However, Ryzen wasn't always looking this promising and from what we have heard from insiders, motherboard makers were less than impressed with the first Ryzen engineering samples they received some time before the launch. As a result many major motherboard manufacturers held off on making a lot of stock available as they were unsure how well X370 and B350 boards would actually sell. 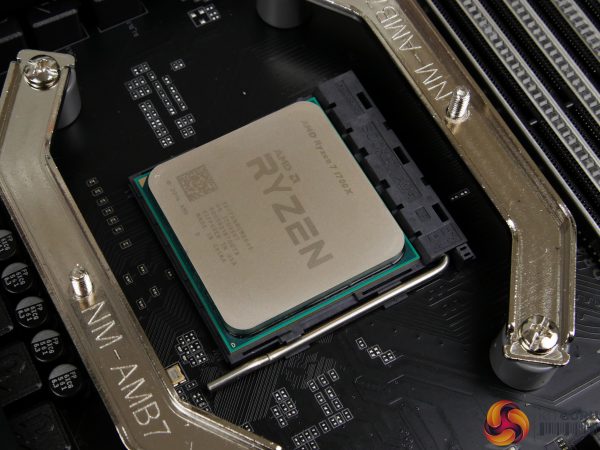 It wasn't until later sample revisions and reviews arrived that things started to look so positive. Unfortunately, this didn't leave much time for major motherboard manufacturers to boost their stock, leaving us with a shortage for the time being. Right now if you look for X370 motherboards on Amazon UK, you will only find four listed, two from ASUS and two from MSI with all four models out of stock. Overclockers UK has a much wider selection of motherboards to choose from but they are all listed as ‘pre-order' currently.

According to our industry source, the major motherboard manufacturers have been scrambling to get UK stocks in the wake of Ryzen's successful launch. From what we have heard, those of you waiting to build a system will be able to pick up a range of X370 motherboards within the next two weeks, at which point stock should return to healthy levels. This can only be good for AMD sales, as it seems somewhat pointless buying Ryzen if you are having a problem getting a proper motherboard to pair up with it.

KitGuru Says: Hopefully this temporary shortage in motherboards doesn't affect Ryzen's momentum too much. Are any of you guys currently waiting on motherboards to arrive before building a new AMD-based system? Were you lucky enough to get one prior to stock running out?