This year network storage is becoming more popular as the growing adoption of computers has meant that most households have several computers and sometimes even a games console or two. To support this market Silverstone have created a product that is rather unique in its innovation – the DC01S.

The Silverstone DC01S has been designed as a multimedia network storage server with wide support and a minimal footprint. The company have aimed to make sure this product stands out from the crowd and the all new iSharing web interface allows users to login and access data with a Mac-like graphical user interface. There is also a free App for use with the iPhone and iPad allowing the user to access the DCo1 from anywhere with effortless ease. 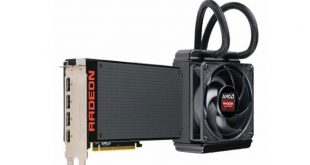 Earlier this month, we learned that driver support for Nvidia's Kepler based GPUs will be coming to an end soon. Now, AMD is announcing the end of driver support for some of its ageing graphics cards, including the Radeon HD 7000, Radeon 200, Radeon 300 and R9 Fury series.