After five years working for Apple, Angela Ahrendts has announced that she will be stepping down as retail and online stores to pursue other interests. She will be passing the baton onto 30-year Apple veteran Deirdre O’Brien, who will begin her position as senior vice president of Retail + People in April, 2019.

Angela Ahrendts began working for Apple in 2014 after stepping down as CEO of Burberry, intended to “strengthen” the company’s presence in China. Her job has been made rather difficult in recent months, as trade wars continue between the United States and China, as well as patent lawsuits from chipmaker Qualcomm halting the sale of iPhones in the country.

Although none of this has been cited as the reason for Ahrendts’ departure, The Wall Street Journal notes that “iPhones sales declined 15% to $51.98 billion during the three months ended in December, the company’s biggest sales period.”

“The last five years have been the most stimulating, challenging and fulfilling of my career. Through the teams’ collective efforts, Retail has never been stronger or better positioned to make an even greater contribution for Apple,” said Angela Ahrendts. 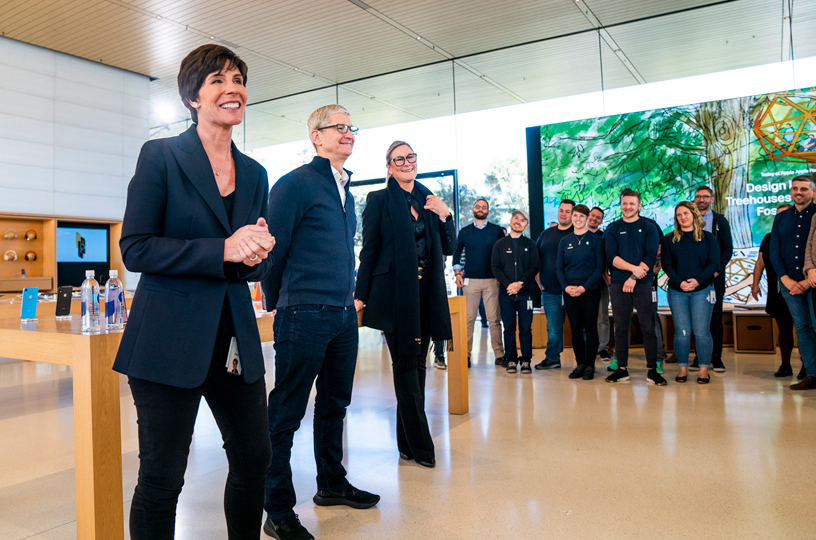 Apple’s press release notes that Ahrendts will instead be leaving for “new personal and professional pursuits,” with CEO Tim Cook thanking her for “inspiring and energizing our teams over the past five years. She has been a positive, transformative force, both for Apple’s stores and the communities they serve. We all wish her the very best as she begins a new chapter.”

Ahrendts’ departure has paved way for Deirdre O’Brien to assume the expanded role of senior vice president of Retail + People after 30 years of experience at Apple. This new position looks to combine her duties as vice president of human resources with that of Ahrendts’ former job.

Offering some encouraging words, Ahrendts said that O’Brien is “one of Apple’s strongest executives. I look forward to watching how this amazing team, under her leadership, will continue to change the world one person and one community at a time.”

KitGuru Says: Condensing roles seems like a smart move, as it looks like tensions with China aren’t set to alleviate any time soon. It will be interesting to see what Ahrendts goes on to do next given her wealth of experience.

Previous Radeon VII launch stock in the UK is low but more GPUs are already on the way
Next VLC Media Player 4.0 will usher in a new media library and VR support