Superscreen lets you turn any smartphone into a tablet

Every now and then, a campaign pops-up on Kickstarter that really sets itself apart and gets the internet talking. Superscreen appears to fit into that category perfectly as this week, the smartphone mirroring gadget smashed its $50,000 goal and is now sitting at over $1.1 million pledged at the time of writing. 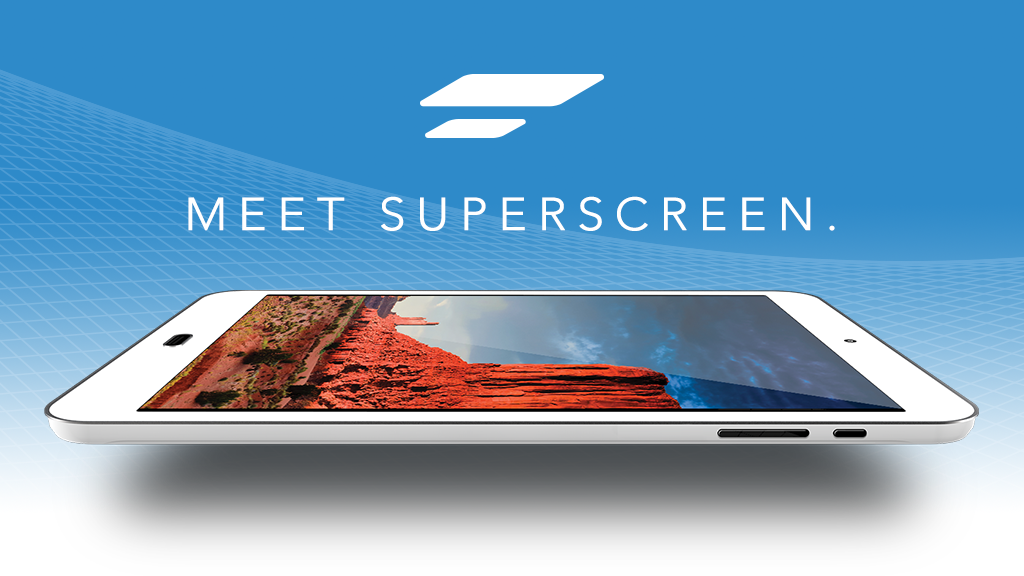 For those out of the loop, Superscreen is essentially a 10.1-inch, QHD tablet-like display. We say tablet-like, as internally, there is little going on, instead, it acts as a larger screen for your smartphone by mirroring apps and other content.

As Transcendent Designs puts it, not everyone actually needs a full size tablet as most smartphones these days are more than capable. However, tablets do have a nicer, larger display and tend to be more comfortable for things like reading or watching video.

With Superscreen, you won't have to spend hundreds of pounds on a fancy tablet just to get a bigger screen. Instead, you can just wirelessly connect your phone to the Superscreen, and instantly you have a bigger, more usable interface to work with.

For many, this could be a big deal. I know I like to watch Netflix on the train, but without a tablet, the experience is not too satisfying. However, with Superscreen, I could easily mirror the content onto the bigger screen for a more enjoyable viewing experience.

For those who are interested, the Superscreen has the following specification:

The best thing, though, is that it could be yours for as little as $99. To check-out the Kickstarter campaign, head over using THIS link.

KitGuru says: The Superscreen looks pretty exciting, and it has already gone well beyond its initial goal on Kickstarter. We'll be getting one to review as soon as the first units comes off the production line, so stay tuned for that.

Previous 61% of KitGuru readers polled own Nvidia graphics
Next Samsung will unveil the Galaxy S8 today, here’s what we know so far