At a special event in the bowels of the Brewery in London, MSI unveiled a new design concept in the form of ‘Camo Squad'. The gaming laptop itself has been skinned with a camouflage design and there are accessories to match. If you're going into (BYOC) battle and have a natural love of airsoft, then MSI is hoping you will enlist.

The products we saw on the stand seem ‘final', so a launch could happen any time soon.  Initially, it seems that only a single product will get the makeover, so HQ can assess market demand. The likely specification will be a GE62 class product – positioned over £1,000 – with a GTX1050Ti and a a 7700HQ.

Checking the size of the bag, it might have been an idea for MSI to explore a larger design. If they went with 56cm x 45cm x 25cm, then that would push the limits of what you're allowed to carry on to a commercial jet – but it might also allow gamers to ‘travel the world' with hand baggage only.

One MSI operative told us that, behind closed doors, MSI research showed that a second design was actually more popular – one where the camouflage was based on Russian winter warfare gear – but the decision was made to go with khaki first. 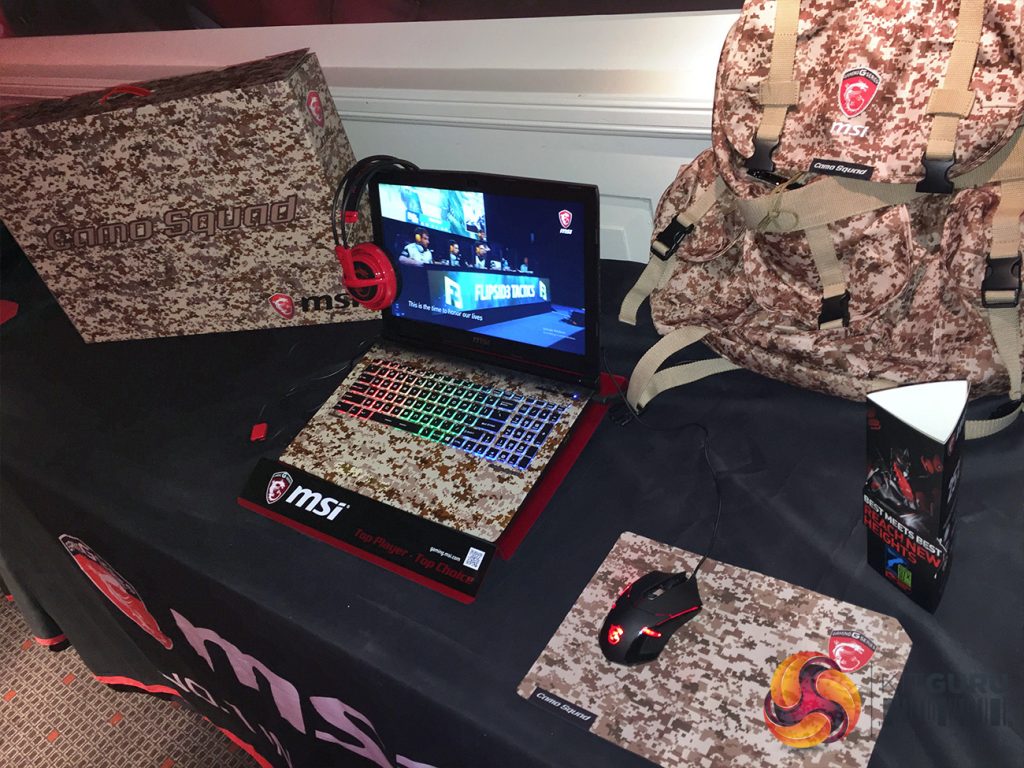 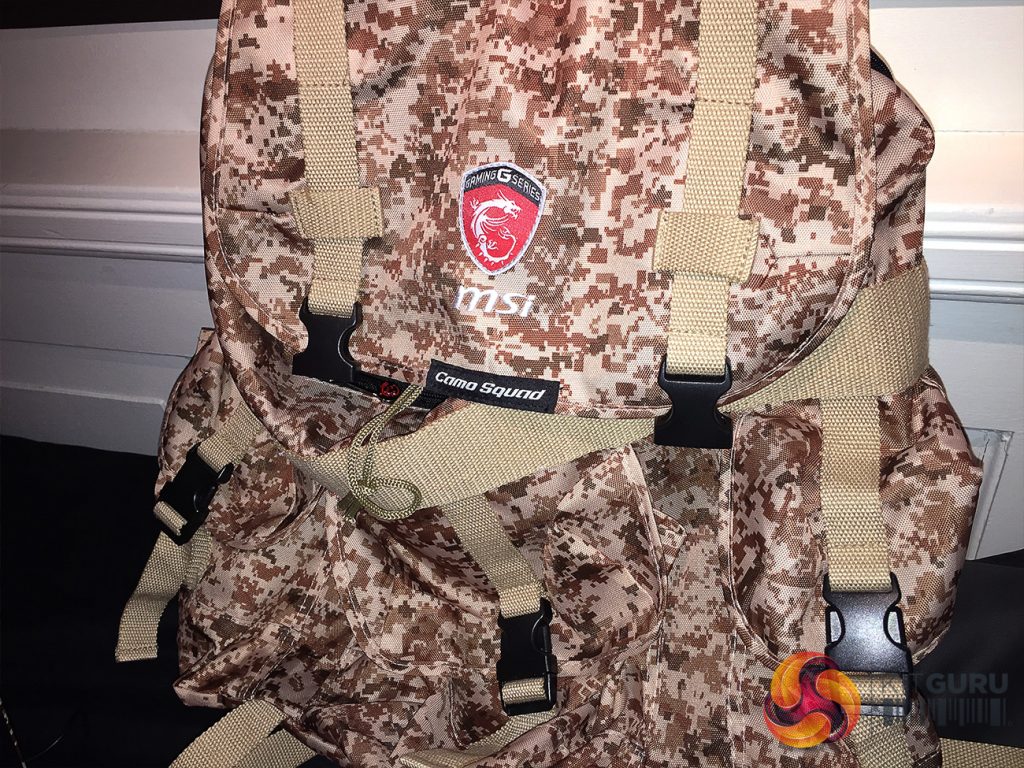 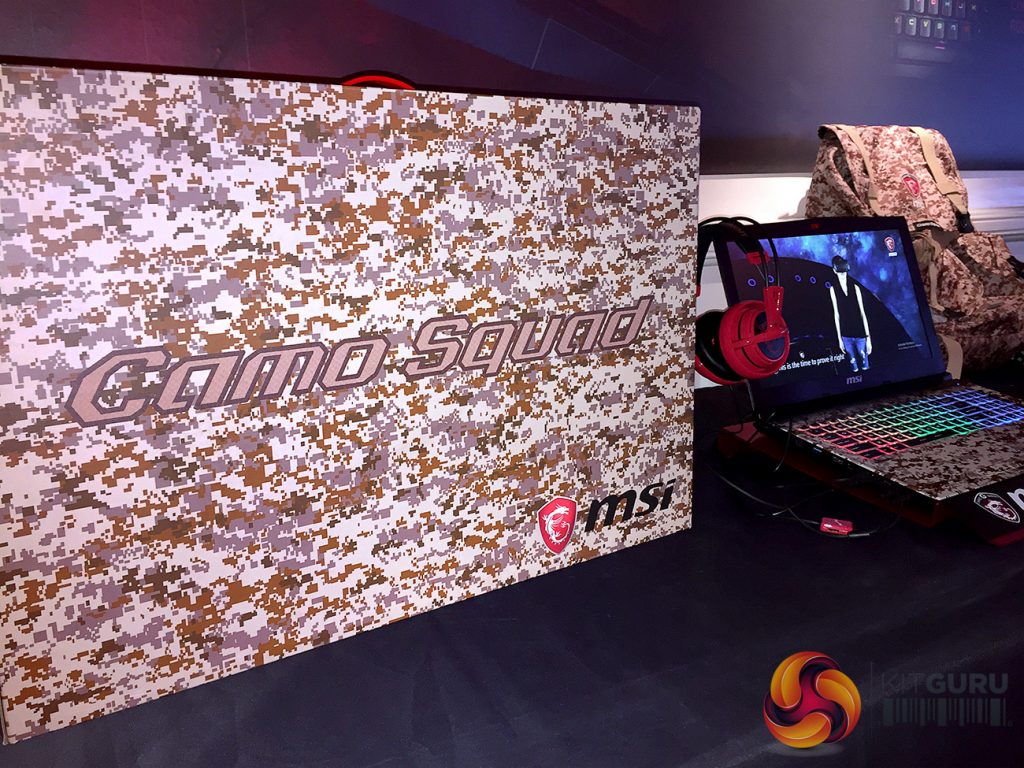 KitGuru says: One look at the sales-out figures for Battlefield/CoD tells you all you need to know about how many gamers love the military theme. Will that interest translate into the sale of Camo Squad products?  MSI certainly hopes so.