During CES in January, we learned that Asus would be taking its first step into the virtual reality market with the launch of its first HMD. At the time, we heard that the first Windows 10 Mixed Reality headset would be available in Q1 and now it seems that time has come, with the headset now being available. 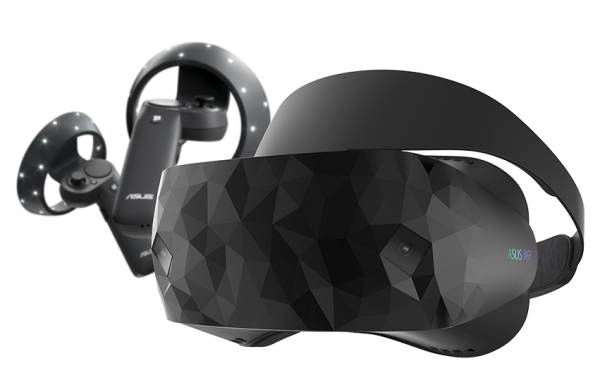 Like other Windows Mixed Reality headsets, the Asus HC102 comes with two cameras on the front to support augmented reality content. You’ll get six degrees of freedom tracking, two motion controllers, a 90Hz refresh rate and a 105 degree field of view.

You’ll get a 3.5mm audio jack to use a pair of headphones of your choice, though alternatively you can pair up a pair of wireless Bluetooth headphones. The headset itself plugs into the PC via a HDMI 2.0 port and a USB 3.0 port.

The Asus HC102 headset will begin shipping this week with a price tag of $429.

KitGuru Says: With SteamVR now supporting Windows 10 Mixed Reality headsets, this could end up being a good buy for general apps in addition to gaming. I do wonder if Asus is thinking about releasing an ROG version of this down the line though. Are any of you thinking about picking up a VR headset this year?