While it may have leaked slightly ahead of time, last night Microsoft officially unveiled the Samsung Odyssey VR headset. This headset is the highest-end model currently around for Microsoft’s Windows 10 Mixed Reality platform and appears to rival other high-end PC offerings on the market, though with a slightly higher resolution display.

The Odyssey was unveiled at Microsoft’s Windows Mixed Reality event last night, alongside Microsoft’s acquisition of AltspaceVR and a new Halo VR experience titled ‘Halo Recruit’. While most of Microsoft’s partners have built their headsets using a 1400×1400 resolution and a 95 degree field of view, Samsung’s headset is a significant step up with a 1400×1600 resolution per eye and a 110 degree field of view. This will make the headset better for content consumption and gaming. 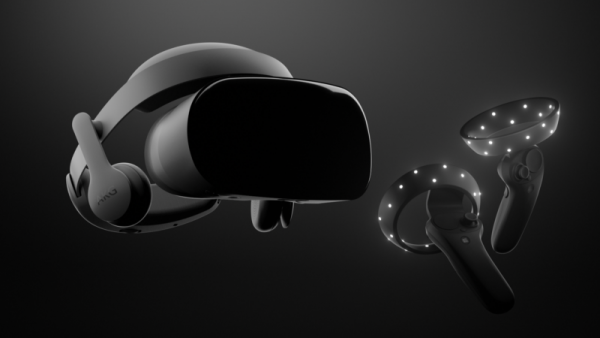 Samsung has opted for an AMOLED panel too, which will help keep things looking sharp. Similarly to the Oculus Rift, Samsung’s headset also ships with headphones attached to the headset, meaning users have all the tools they need to get going right out of the box.

Samsung took a leaf out of HTC’s book too, and also included two motion controllers right out of the gate. Thanks to their inclusion, the Odyssey should work with most SteamVR games when support rolls out later this year. The Samsung Odyssey will cost $499 at launch and begins shipping on the 6th of November.

KitGuru Says: Samsung does seem to have the most compelling option out of all the Windows 10 ‘mixed reality' headsets coming to market this year. Are any of you thinking about jumping into VR in 2017?