To test the MH320, I used it as my go-to headset for a variety of tasks – so I used it while gaming, listening to music and watching videos.

As this is a barebones analog headset, there is no software or anything like that, so I will talk about comfort first.

On the whole, the MH320 is pleasantly comfortable and I did not experience any major issues while wearing it. Its ear cups are large and had no issues fully encompassing my ears. The headband is definitely firm but not painful, and it distributes the weight of the device fairly evenly.

Overall build quality isn’t great, but considering the MH320 costs just £35, I cannot really complain. Still, the steel frame does feel quite thin and flimsy, and make sure you don’t touch it or the ear cups while you are wearing the headset – the vibrations are very loud!

Elsewhere, the ear cups are definitely quite plasticky and have some flex to them, while the faux-leather covering on the ear cushions isn’t the softest material out there. But, like I said, for £35 it could be a lot worse. There’s a two year warranty from Cooler Master anyway, so if you do run into problems they’ve got your back.

When listening to the MH320s for the first time (I always start with Panic Attack by Dream Theatre when testing any headset as I am very familiar with the song so can use it as a reference point) I was pleasantly surprised by the sound. Right from the off, it is clear that this is not the clearest or most detailed headset – but I obviously wasn’t expecting that from the price.

The MH320s are definitely bass-heavy – as are most gaming headsets – but it is not quite as severe as with the ASUS Cerberus V2 and there is definitely more detail in the high-end. The overall sound is still definitely on the warm side, but the headset is not so unbalanced that there are no high-end frequencies present.

That said, I do think the mid-range is quite recessed and it does make vocals sound quite muffled. When using the headset, I kept wanting to rub my ears and just clear the sound – it does lack some clarity which is the MH320s biggest problem. Overall, though, for a £35 headset I was honestly expecting much worse.

That was listening to music, but the MH320 is very much a gaming headset first-and-foremost. In-game, the bass-heavy sound works very well for FPS games and I had a great time playing some CS:GO and Star Wars Battlefront with the headset. Explosions boom, gunfire sounds close and threatening while there is still enough overall clarity to the sound to make out your teammates using VOIP software.

The overall soundstage isn’t the widest, so everything does feel a bit closer and less atmospheric than I would like, but audio positioning is generally pretty good while gaming – the stereo speakers definitely give you enough awareness of where sounds are coming from so that is no problem.

Lastly, we must touch on the mic. Again, I was pleasantly surprised by the overall quality of the mic. It does sound a bit tinny and nasally, but for the money it is more than good enough. Listening to recordings of myself made with Audacity, the overall sound is very passable. I had no complaints from friends about the overall quality or clarity, either, so it definitely gets the job done.

Previous Nvidia and TSMC to increase production of 12nm Volta GPUs later this year
Next Blizzard has decided not to abandon the ‘Battle.net’ name after all 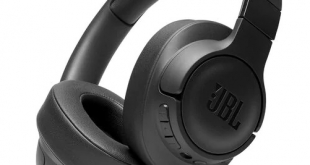 JBL has added a new set of headphones to its Tune series. The JBL Tune …