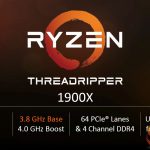 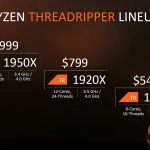 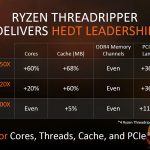 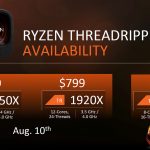 You will note that some information is missing from the slides such as details of boost clock speeds and the TDP but it is clear the 1900X is essentially half of 1950X and has not been crippled in terms of features such as memory support and PCI Express.

It was quite remarkable the way that AMD went for Intel’s throat during this presentation, detailing the way we had been gouged by the prices for Core i7 over the past few years. And of course AMD is correct to say that Intel hasn’t faced competition since Athlon 64. And of course it would be equally fair to say it is AMD that has failed to provide that competition.

If we accept that Super Hyper PC users want many cores so they can play games while they stream and also record then the case for 1950X and 1920X is clear. 16 or 12 cores on a high end desktop platform at a sensible price sounds like a winning proposition. 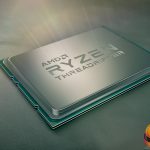 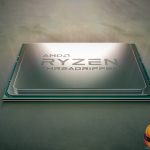 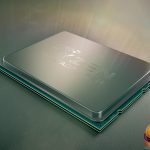 So where does Threadripper 1900X enter the equation? Essentially we’re talking about Ryzen 7 at a premium of US$50, however that small amount of money gets you 64 lanes of PCI Express and quad channel DDR4.

AMD was very keen to point out that every Threadripper contains two CPU chips so even the 1900X is 4+4 and not a single 8. On the subject of chip counts, if you choose to destroy your Threadripper by removing the soldered heat spreader you will find two working cores and two dummy cores that support the heat spreader. This is a dual chip CPU on a server socket that has a huge amount of space.

The physical size and layout means that some DDR4 is designated as near memory and some as far memory, depending on its physical distance from the two CPU chips and the cores contained inside. This entails a network of Infinity Fabric between the dies and also within the cores. Near memory has a latency of 78ns while far memory stretches to 133ns. AMD’s solution is to use Ryzen Master to present the user with a choice of a number of modes that effect a change in the BIOS.

UMA Distributed Mode memory control allows software to use all the DRAM evenly for maximum access with 86.9ns latency while Local Mode NUMA uses local memory near the die or chip for higher speed and 66.2ns latency. Clearly the number of modules of memory installed plays a part here but the takeaway message is that Threadripper is going to give us a great deal to think about. 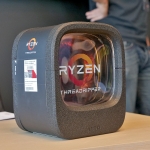 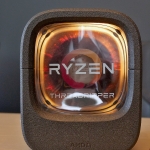 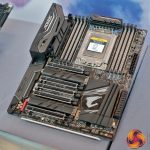 The retail package for Threadripper includes a torque wrench that is set to 1.6 Newton Metres to correctly tighten the three screws on the CPU clamps. The CPU is supplied in an orange plastic carrier that slides into the socket and then snaps out of the way. You do not have to drop your US$999 CPU in to your X399 motherboard and hope the socket survives the impact.
That sounds very thoughtful so we were surprised to hear the torque wrench could also be used to remove the four screws that hold the CPU socket in place which would likely destroy the motherboard. Surely two different sizes of screw would have been a better idea, instead of risking catastrophe.

The package also includes an adapter bracket for Asetek liquid coolers. Pop off the current mount, replace it with the new bracket and you’re good to go. Wait a moment, how can a tiny cooler intended for Ryzen 7 or Core i7 possibly be compatible with the massive Threadripper? The answer is that there is a good deal of space under the heat spreader and the dies are not packed right to the edges.
At launch AMD is confident that Arctic and Cooler Master will have air coolers that can handle the 180W TDP of 1950X and 1920X and that Noctua will follow soon after with their own cooler.

In most respects Threadripper seems to act exactly like dual Ryzen 7 so Infinity Fabric speed is linked to memory speed, which means the official speed of DDR4-2667MHz gives a Fabric speed of 1333MHz as the memory is DDR.

Faster memory will yield benefits and there was talk that we may want to increase memory voltage to 1.4V or 1.45V for maximum speed and minimum latency.

Some older games from the days of DirectX 9 will refuse to start when confronted by the huge number of cores inside Threadripper. With Core i7 Windows is able to switch off Hyper Threading and only use hardware cores. With AMD CPUs we learned that SMT doesn’t work the same and Windows cannot perform the same trick with SMT. Instead Ryzen Master is used to tell Windows not to send threads to one of the two CPU cores. The core continues to work so the DDR4 memory controller, PCI Express and USB 3.1 all continue to function.

Similarly, NUMA does not switch off the far memory but instead prioritises the near memory.

Everything continues to function correctly so your expensive new motherboard will have no dark memory slots, no dark graphics slots and no dark storage connectors. AMD really was dishing out the abuse to Intel at SIGGRAPH.

KitGuru says: an 8-core Threadripper sounds interesting but we’ll have the full-blown 16 cores if it’s all the same to you.