To test the drives we used the USB 3.2 Gen 1 MobileLite Plus SD Reader that came with the Canvas React Plus, using the USB 3.1 Gen 2 port in our Intel-based test rig.

CrystalDiskmark is a useful benchmark to measure theoretical performance levels of hard drives and SSDs. We are using V7. 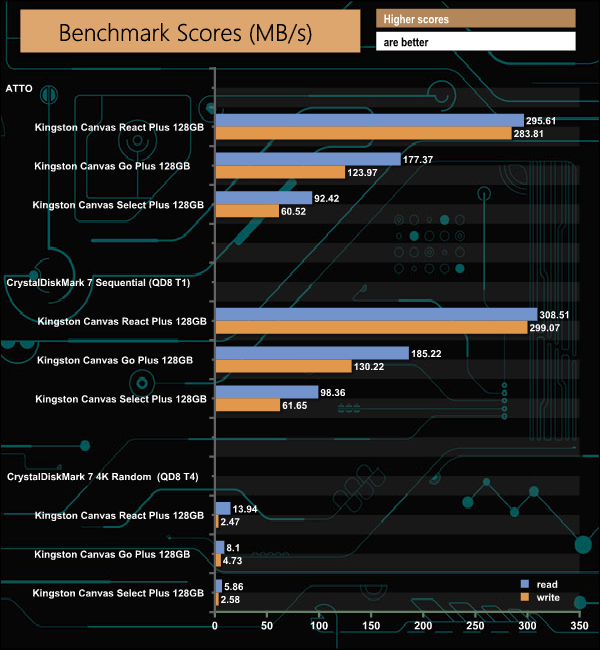 The fastest of the Kingston cards is the Canvas React Plus, with official ratings of up to 300MB/s for reads and 260MB/s for writes. We could confirm those figures with the ATTO benchmark (295MB/s reads, 283MB/s writes) and CrystalDiskMark (308MB/s reads, 299MB/s writes).

The slowest of the bunch is the Canvas Select Plus and this time we couldn’t quite hit the maximum ratings for the card, officially 100MB/s read and 85MB/s. ATTO produced scores of 92MB/s and 60MB/s for read and writes, while with CrystalDiskMark we saw reads of 98MB/s and writes of 61MB/s.