When the PlayStation 5 console was first shown off, its two-tone colour took fans by surprise, with some embracing the design, and others hoping for alternative colour options. While Sony has yet to officially announce new colours, one company is already advertising a 24K Gold PlayStation 5, which will set you back “at least a few thousand British pounds.”

The limited edition PlayStation 5 comes via Truly Exquisite, a luxury retailer, and will be available later this year (following the official PS5 launch) in 24K Gold, Rose Gold, and Platinum. Though no price was given, PSU reports that the limited edition console will cost “at least a few thousand British pounds.” 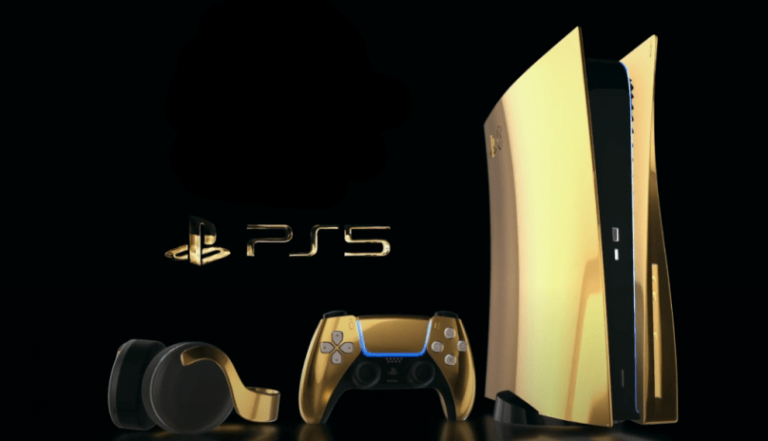 Commenting on this unique console, the CEO of Truly Exquisite – Kunal Patel – said “PS5 is arguably the most anticipated games console to ever be released and many people have been waiting years for this release. By offering a luxury limited edition PS5 for those individuals that truly want to stand out will be a popular choice,” adding that “we’ve shown some of our most exclusive clients are renderings of the PS5 and have already had customers wanting to order these even without it being released. These will be hugely popular especially due to them being limited pieces with probably no more than 100 pieces released worldwide.”

Though many fans would settle for a plain black PS5, at least those who have a few thousand pounds to spare as well as a flashy aesthetic are now covered.

KitGuru says: What do you think of the gold console? Do you like the two-toned design of the original console? What colour would you like to see the PS5 come in? Let us know down below.