Nioh and Outlast 2 are November’s free PlayStation Plus games

Replacing The Last of Us: Remastered and MLB: The Show 19, your November PS Plus games are the critically acclaimed Souls-like ‘Nioh’, and the sequel to one of the biggest horror games this generation: Outlast 2. Both these games will be available to download from the 5th of November.

“Nioh is a visceral, action-driven adventure where you must hone your skills, upgrade your weapons and demonstrate perseverance and mastery in besting some of ancient Japan’s fiercest demons”. The game was developed by Team Ninja, of Ninja Gaiden and Dead or Alive fame.

The console exclusive is similar in nature to the Soulsborne genre, but brings enough new to it to forge its own identity. Combat, while featuring a similar pacing to that of Bloodborne, gives players three different stances to choose from, with each stance changing not only the speed and severity of the attacks, but also its positioning. Nioh was released in February 2017 to high praise from both critics and users. 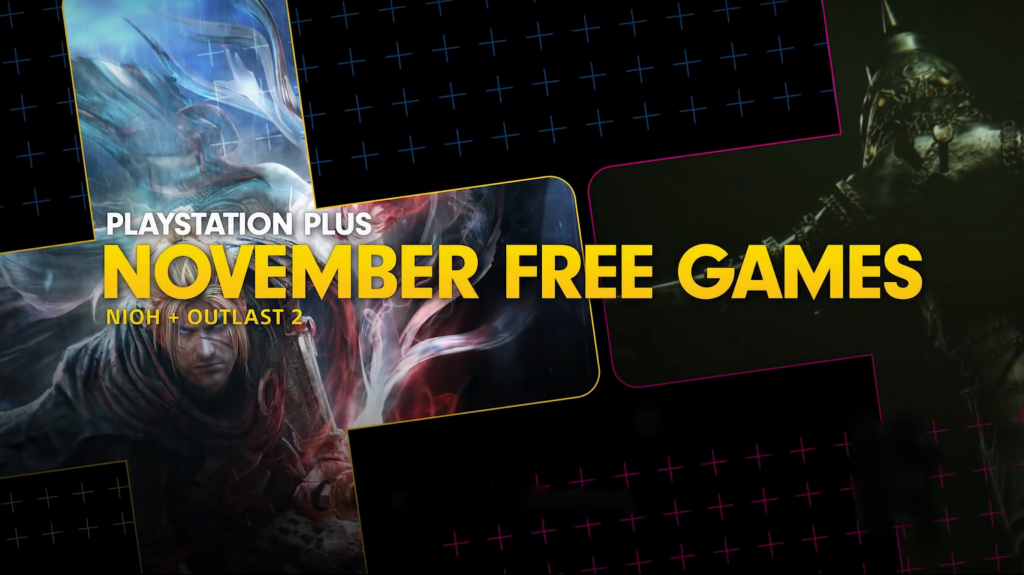 Outlast 2 is the sequel to the incredibly popular ‘Outlast’ which released in 2013 on PC, and took the horror world by storm. The first game in the first-person survival horror experience sold over 4 million copies and received positive reviews upon its release. Its sequel was released in 2017, and was regarded as a step down in some aspects. Still, the game was successful enough to warrant a third game in the series.

“Immerse yourself in a desperate fight for survival in an isolated rural community as you attempt to rescue your kidnapped wife from the clutches of a deranged cult. Having narrowly escaped death in a helicopter crash, set out into the rundown village of Temple Gate and do your best to avoid its crazed inhabitants as you fight to locate your partner,” reads the PlayStation blog post.

Both Nioh and Outlast 2 will be available to download for free from November 5th, at which point last month’s offerings will no longer be available (of course, if you’ve already ‘purchased’ last month’s, they will be yours to keep for as long as your PS Plus subscription is active).

KitGuru says: What do you think of this month’s PS Plus lineup? Will you be downloading these games, or do you already own them? Has PlayStation done enough to make up for its removal of PS3 and PS Vita games from its PS Plus offerings? Let us know down below.