For decades, the Nintendo PlayStation prototype was nothing more than a myth. The outcome of a failed partnership between the two tech giants, Nintendo’s decision to partner with Philips instead of Sony is what led to the eventual creation of the PlayStation. Said to be the last survivor of 200 prototypes, yesterday we reported that the auction for the console had gone live. Since then, the maximum bid has ballooned to $350,000, with Oculus’ founder Palmer Luckley announcing himself as the highest bidder.

The Nintendo PlayStation Super NES CD-ROM Prototype is the result of a “failed joint-venture between Sony and Nintendo, two of the biggest competitors in the home console video game market”. Though 200 units were made, only one is said to have survived. This surviving console has now been put up for public auction. This prototype in particular was said to have been owned by Olaf Olafsson, “the founder, first president, and first chief executive officer of Sony Computer Entertainment, Inc.”

With 21 days to go, the auction currently sits at a bid of $350,000. Palmer Luckey, the founder of Oculus VR, and the Designer of the Oculus Rift, announced on Twitter that he was throwing his hat into the ring, in a bid to “digitize and preserve the history of physical videogames.” 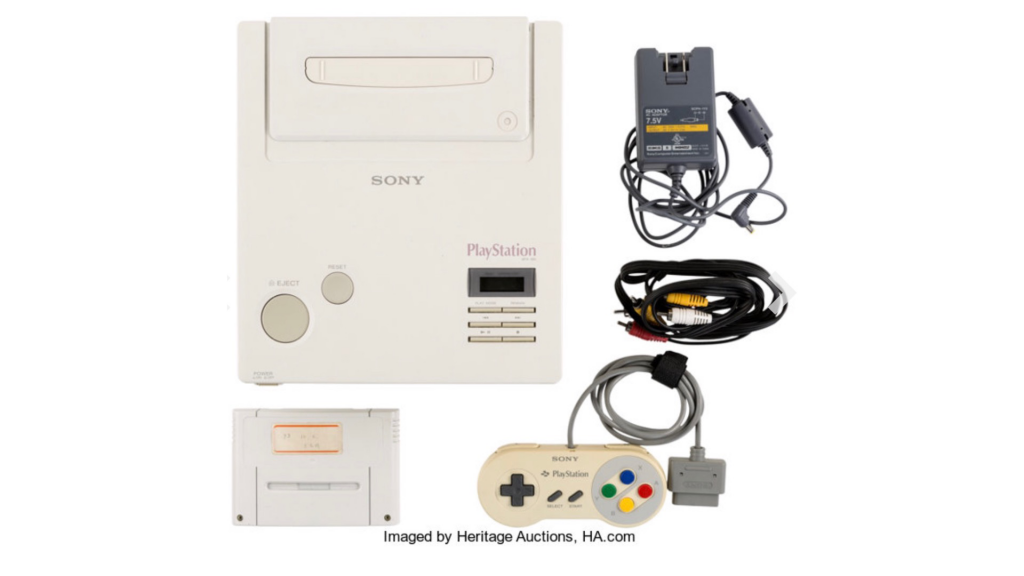 According to Luckey, the entrepreneur owns “the largest game console collection”. In his mind, “Perfect VR will ensure the original experience [of games] lives on forever, but we need to keep these things alive and functional in the meanwhile”. When questioned on his video game preservation claims, Luckey responded “Public availability is just a matter of time, I have been keeping things low key until then. I am preserving the original copies in the most advanced videogame storage facility ever constructed.”

Palmer Luckey’s net worth is estimated to be over $700 million, and so if anyone was able to not only win the bid for the Nintendo PlayStation prototype, but also construct the most advanced video game storage facility in existence in a bid to preserve the history of gaming, he would certainly be capable.

KitGuru says: What do you think of Luckey’s claims? How much do you think the prototype console will sell for, come the end of the auction? Do you believe that video games need preserving? Let us know down below.