PlatinumGames hints at its next project, launching the #Platinum4 teaser site

It looks like PlatinumGames is gearing up for a busy 2020. The game studio is currently actively developing three different titles, but if its new teaser site is anything to go by, fans may soon hear of a fourth. The website four.platinumgames.com recently went live, and though it is currently rather barren, save for a large numerical ‘4’ adorning the centre of the page, the website features enough clues to get fans excited and speculating.

When first accessing the website, the visitor is taken on a journey through stars made from the glint seen above the PlatinumGames logo – eventually reaching the number ‘4’. After a few more seconds, the page appears to glitch, with the number exhibiting some chromatic aberration, among other static effects. This is all that can be found on the website currently, but eagle-eyed fans have already begun to dissect the website and its potential meaning.

Some are wondering whether the ‘4’ signifies the fourth game in development by PlatinumGames. Currently, the studio is confirmed to be working on three titles: Baytonetta 3, Babylon’s Fall, and Lost Order (a mobile title). The hashtag ‘#Platinum4’ seen at the bottom of the site evokes the ‘Capcom Five’ announcement from almost two decades ago, when Capcom announced that they were working on five different titles concurrently. Some fans have been wondering whether PlatinumGames is paying homage to that event. 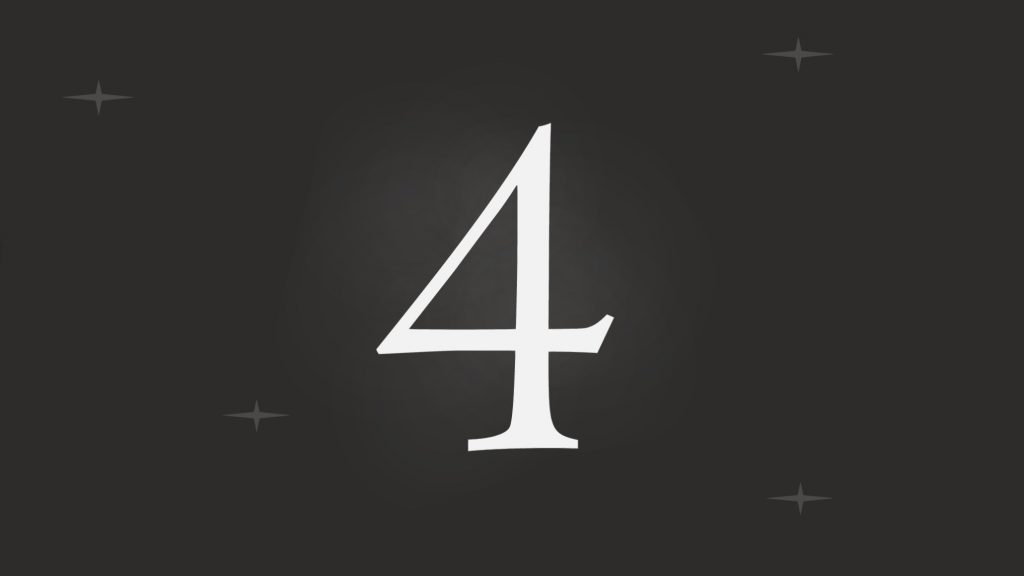 Others have noted that the font used for the ‘4’ appears to be very similar to that which is used in the NieR: Automata logo. This, alongside the glitched effects and grey and white colour scheme, could be alluding to either the next title in the NieR series directed by Yoko Taro, or perhaps the NieR remake/remaster that has been rumoured. The issue with this is the fact that whilst there have technically been three NieR titles, meaning that the next game would be its fourth, NieR Gestalt and NieR Replicant are seen as two alternate versions to the same story, and not separate entries.

This has led other fans to speculate that PlatinumGames might be working on Drakengard 4, the other main series directed by Yoko Taro. Drakengard 3 was released in 2013, and also uses a similar font to that of NieR: Automata. Furthermore, the two series share a universe, and so thematic and stylistic similarities are likely to be found.

Whatever #Platinum4 ends up being, expect more information to be revealed in due course. It’s been over two years since Bayonetta 3 was announced, and more information on Babylon’s Fall is expected in summer, meaning that #Platinum4 is likely to be ready to hit the spotlight soon enough.

KitGuru says: What do you think #Platinum4 is? What would you like it to be? Have you checked out the website? Let us know down below.

Previous Warcraft 3: Reforged officially has the lowest user-score on Metacritic
Next Flashpoint emulator will preserve thousands of games when Adobe Flash goes down