When Super Mario Maker 2 was released on the 28th of June 2019, there was no doubt that it was going to be successful. With the original Super Mario Maker selling over 4 million copies on a console which sold fewer than 14 million units, it was clear that interest in the level creation platform was abundant. Earlier today, Nintendo announced that Super Mario Maker 2 has officially surpassed 10 million courses uploaded. As a result, users will now be able to upload as many as 100 unique courses per account – up from 64 previously.

Back in July of 2019, Nintendo announced that users had uploaded over 4 million courses, and in turn, increased the upload cap from 32 to 64. While the rate at which courses are being created and uploaded has slowed down in the ensuing months, Super Mario Maker 2 has likely already surpassed its predecessor. 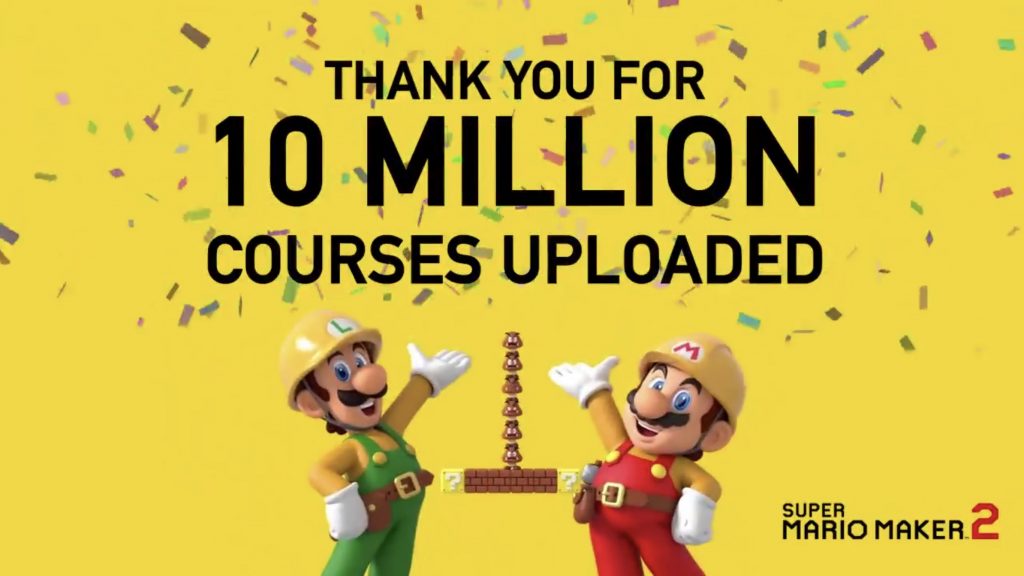 With the Switch console sales nearly tripling the Wii U’s it is likely that Super Mario Maker 2 still has a long life ahead of it. With the game becoming the 9th best selling first-party Switch title after only 3 months, it’ll be interesting to see where Super Mario Maker 2 sits in terms of sales, come the announcement at Nintendo’s next quarterly meeting.

KitGuru says: Are you surprised to see the success of Super Mario Maker 2? What updates would you like to see added to the title? How many copies do you think the game will sell in its life? Let us know down below.