Following the launch of Netflix’s The Witcher show, we saw the CDPR-developed RPG The Witcher 3: Wild Hunt balloon in sales, pushing the game’s impressive sales even further. We are now witnessing a similar phenomenon with HBO’s The Last of Us, as game sales have now increased by over 300%.

As reported by Gamesindustry.biz, The GfK released its UK boxed game sales charts for the week ending 21st of January, revealing that the PS5 exclusive The Last of Us Part I saw its sales pushed by an impressive 238% following the premiere of the show on the 15th of January. 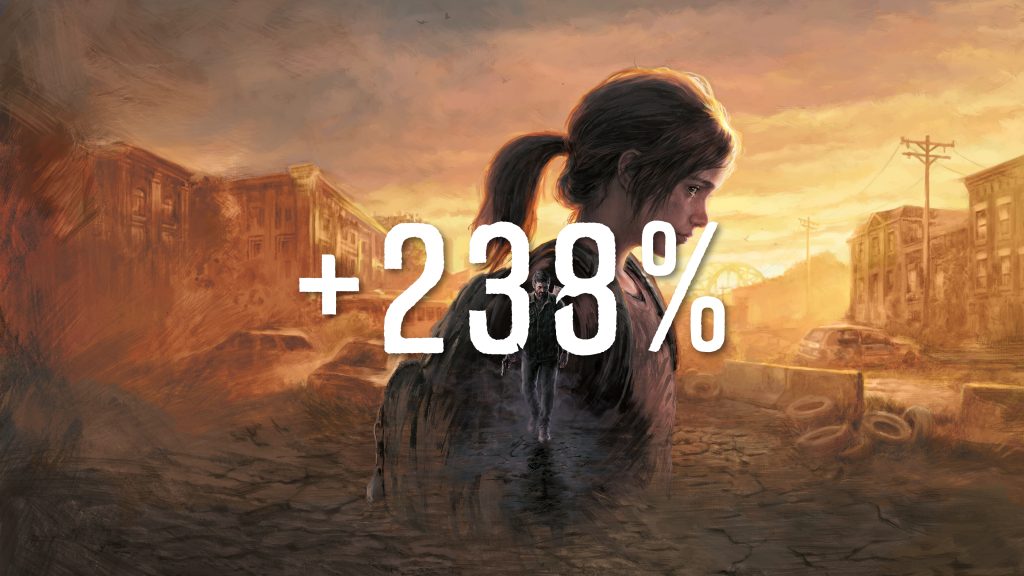 Perhaps even more interesting is the fact that the PlayStation 4 release of The Last of Us Remastered also saw a boost in sales, with the 2014 title seeing its sales inflate by a massive 322%.

This renewed success is solely based on the first episode premiere of the show, and so it will be interesting to see how the games continue to trend over the next few weeks and months – especially as more and more people watch the show. Additionally, it will be curious to see whether the PC launch of TLOU Part I on the 3rd of March is aided by the show. We will have to wait and see.

KitGuru says: Have you been watching HBO’s The Last of Us? What do you think of it? Has the show made you want to (re)play the first game? Let us know down below.