Despite a number of teardown sites already having published complete guides on the Nintendo Switch, we now get a better idea of the BoM involved in the manufacture of the device through a report from Fomalhaut Techno Solutions in Japan.

This lab has gutted the gaming device in order to create a bill of materials. According to Polygon who had access to the report, the touchscreen, Nvidia Tegra SoC and dock cost around $167 to manufacture, with the Joy-Cons adding an extra $45 to the bill. The remainder of the device (including a pricey USB-C power supply) and technology licensing pour on another $45 which, reported Fomalhaut, gives you a grand total of $257. 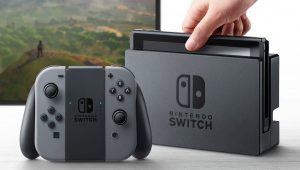 Considering the Switch was launched at $300 in the United States (£280 in the UK), one cannot really say that leaves behind much fat to trim, especially considering a retailer has to take his cut out of the price. But for a bit of perspective bear in mind that, at launch, the PS4 had an estimated BoM of $381 and retailed for $399, while the Xbox One (with Kinect) had a BoM of $471 and a retail price of $347, said Polygon.

This business model almost sounds risqué, always reminding us of the razor and blades business model, with almost no money being made on the device itself and relying entirely on the sales success of the complementary product, in this case games and gaming accessories. However, it is par to the course, if not better than average, in the land of gaming consoles. Some of the console’s AAA titles have seen remarkable sales (despite The Legend of Zelda: Breath of the Wild not even ranking in the eShop Top 5 ) and as gaming accessories are launched, console makers tend to make a killing.

KitGuru Says: $257 for the Nintendo Switch’s BoM might sound steep, yet it is in line with other console launches and relies on a business model focused on the software and gaming accessories, which are never cheap.