It’s nice to see that when you buy a gaming laptop from MSI’s premium range, they pay attention to how it’s packaged. While the box itself is attractive yet nothing too special, the GE63VR Raider 7RE comes wrapped in a neat black cover, and opening it up reveals a (very) soft cloth protecting the screen and keyboard from any harm.

We imagine this can also be utilised for cleaning dust and fingerprints off the chassis. The only other thing we would have liked to have seen is possibly a proper laptop cover, as finding a decent third-party one can be difficult for thicker laptops like these. 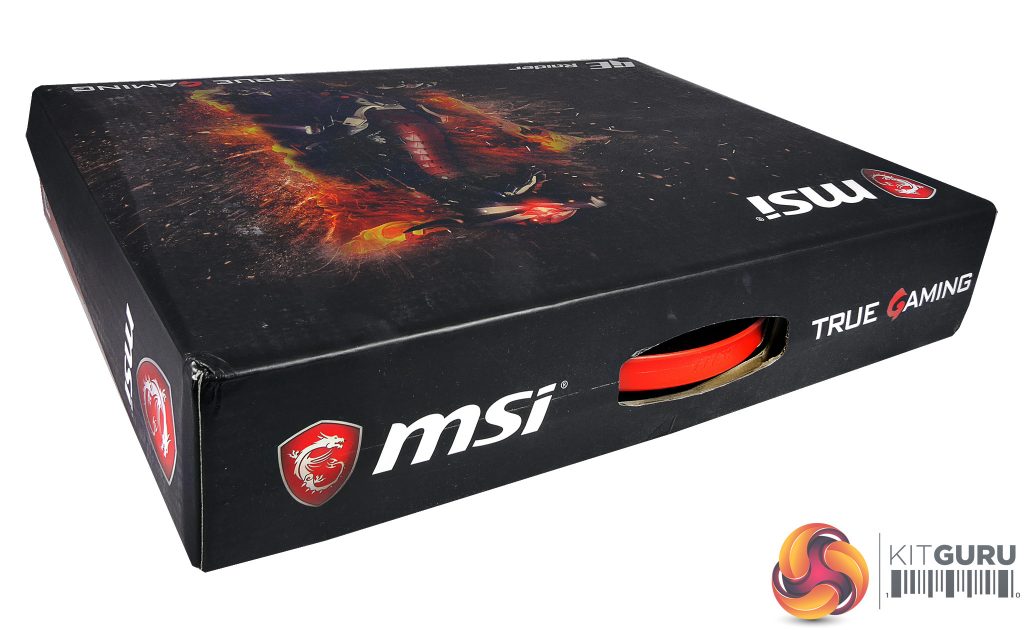 Naturally, you also get the basics provided with any laptop, such as the Quick Start Guide, warranty card and power cables. As with many laptops that can actually be used for gaming (rather than just being marketed as such), this Raider’s power brick is big and heavy, weighing a hefty 596g with its cable included and measuring 7.5 x 15.5 x 3 cm.

Its power cord measures 1.6m and, on the PSU’s other end, takes a standard clover-type lead. 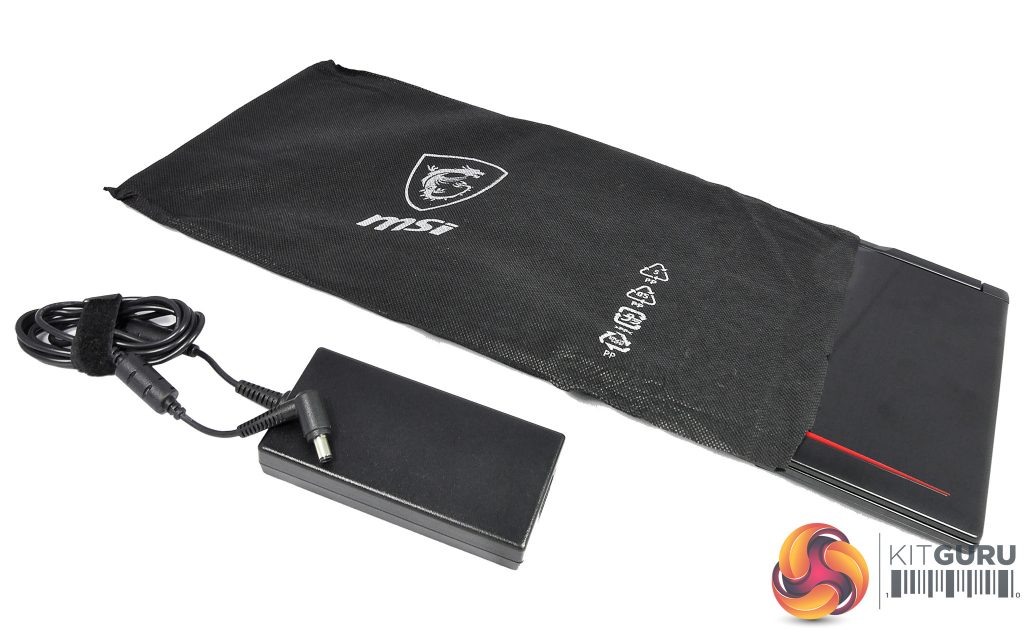 As with most gaming machines these days, the GE63VR 7RE utilizes a combination of a black chassis with red highlights and sculpted angles, since the powers that be have decided this is the look most gamers want. In this regard it’s indeed very similar to the Asus ROG Strix GL753VD we looked at recently. However, while these things are arguably a matter of personal taste, we don’t feel this MSI manages its look as gracefully.

The moulded metal lid with its brushed texture looks fantastic even if it is rather fonder of fingerprints than we might hope, but the plastic hinge is highly visible with the laptop closed and the effect is slightly disruptive – not helped by an unnecessary indent that makes it look busy rather than cool, and the larg  e standoff between the hinge and its inset.

Meanwhile the angular red markings to either side of the MSI logo sport a painted gradient that makes them appear subtle from a distance but like cheap stickers from up close. And while we’re certainly fans of the MSI logo proudly emblazoned on the GE63VR Raider 7RE – come on: it has a white-backlit dragon, it can’t fail – it’s perhaps being displayed a little too proudly; its prominence disturbs the laptop’s clean lines and it could have done with being a little more understated. That dragon does look great in the dark though. 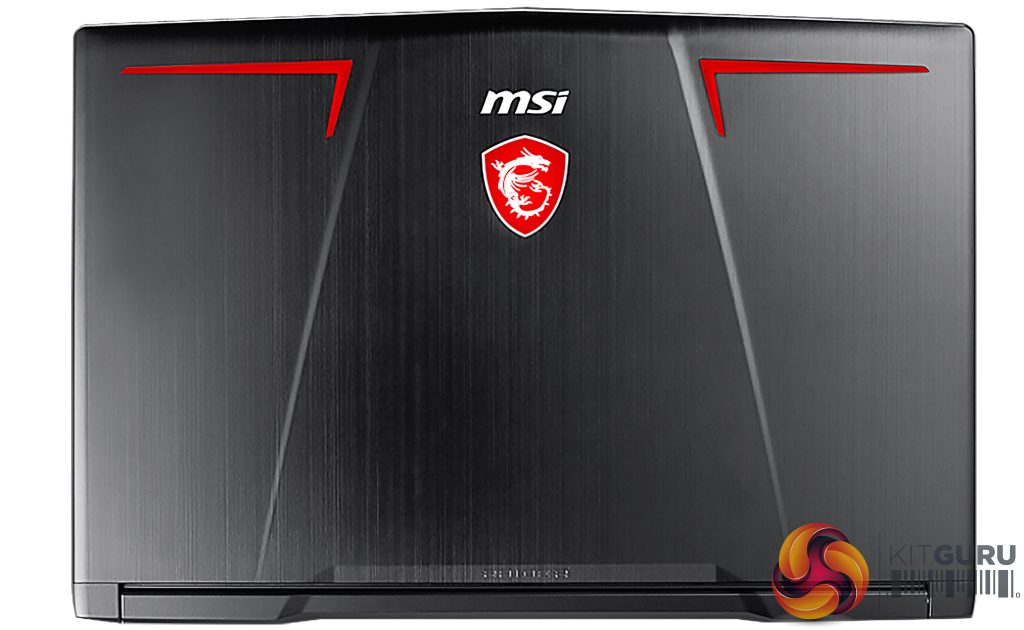 Opening this Raider up, the screen sports a thick plastic bezel whose lower part again prominently displays the MSI lettering. Thankfully, the bezel’s matt finish means there will be no reflections to distract from that crucial headshot.

The base shows simplicity can be elegant, and the only downsides are some removable stickers and the red-demarcated touchpad, which looks a bit cheap but at least increases the pad’s visibility. Otherwise the keyboard surround is again brushed and sculpted metal (not just plastic made to look like it), while the keyboard is attractively integrated.

When you first set the MSI GE63VR Raider 7RE up, this keyboard will be lit like 1970s disco ball with every single key flashing a different colour, but really it’s just MSI trying to impress on you the fabulousness of SteelSeries’ per-key RGB lighting. Don’t worry, this light feast can be fully controlled by the SteelSeries Engine 3, which we’ll cover later. 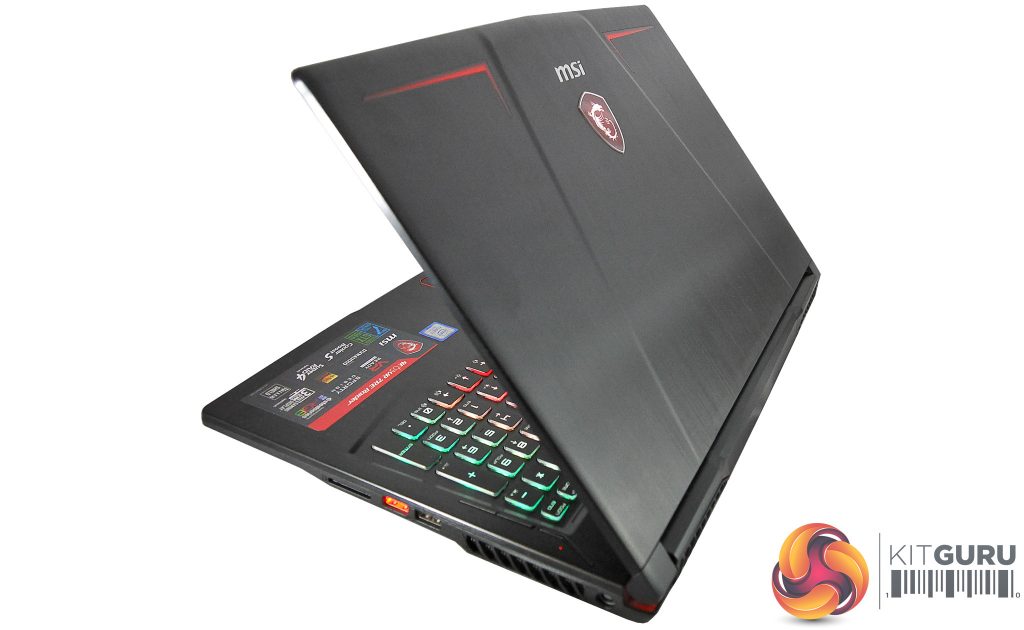 Moving on, this is the first laptop we’ve ever seen with LED-lit USB ports. That’s right, each standard USB port on the sides of this Raider thinks it’s a Cylon, though if you don’t like the effect or red’s not your colour, this can be disabled in the MSI Dragon Center.

Finally the GE63VR Raider 7RE’s base is a massive collection of vents and small angles. It has several sharply angled feet, some of which are soft rubber while others are hard plastic. The latter really don’t make for a very comfortable experience on your lap if you’re wearing shorts, so we’d say that’s a bit of a design flaw. 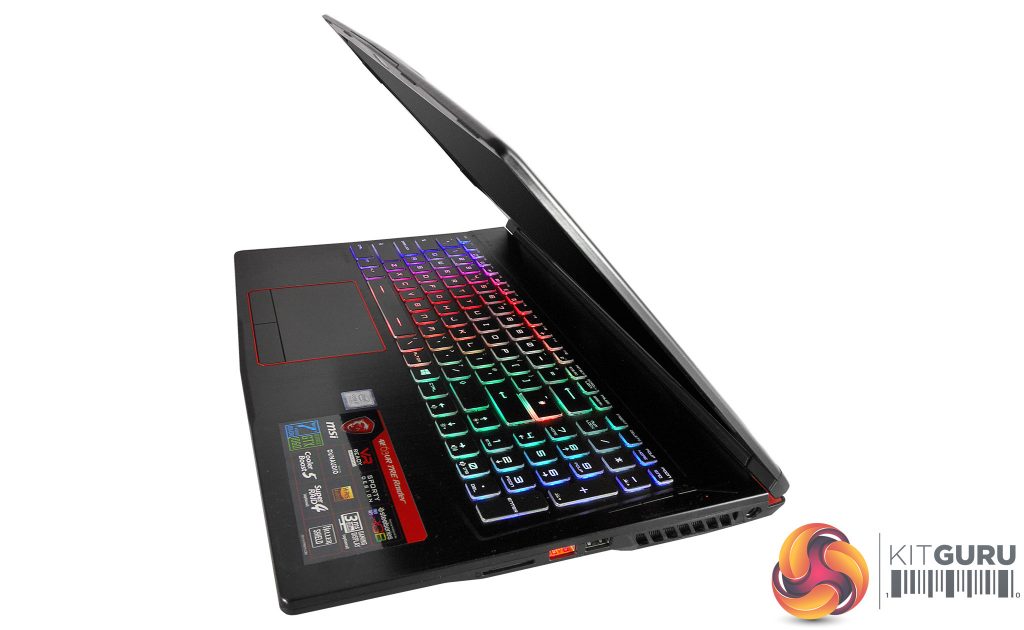 Build quality on this MSI Raider is mostly pretty good. The lid – which is usually the weakest part on non-unibody gaming machines such as this – feels a little more solid than usual, though you can still flex it. Likewise the keyboard area flexes only minimally, and both these sections feel like actual metal compared to the flimsier implementations on some competitors.

The plastics used throughout also feel like quality, with minimal creak. The lid cannot be opened with one finger as it takes the base with it, but its hinge action feels smooth and solid, and the screen generally stays exactly at the angle you’ve put it with no wobble. It can be opened to around 150°, which is impressive and quite handy in some scenarios. 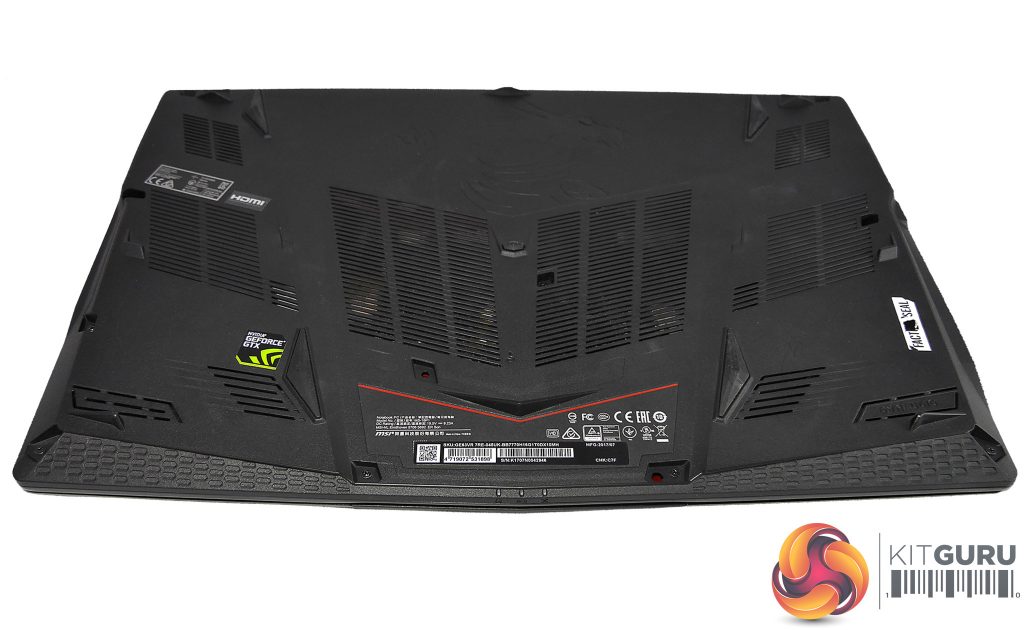 There is no easy panel to access the components for potential upgrades, but the whole plastic base does come off by removing 11 tiny cross-head screws. Don’t worry about the factory seal across one of them if it’s there; we checked with MSI and you’re free to make upgrades without voiding your warranty.