MSI GE63VR 7RE – Software
As usual with enthusiast machines, the MSI GE63VR Raider 7RE comes with an assortment of software to add a little spice to many of its features. Noteworthy candidates include three free months of TriDef VR to play ‘regular’ 3D games in VR, Nahimic audio software for virtual 7.1 sound, a premium license for XSplit Gamecaster which does what its title suggests, and two months of WTFast gamers’ VPN. However, the two gems we’ll be focusing on here are the aforementioned SteelSeries Engine 3 and MSI’s Dragon Center.

Likely you won’t be surprised to hear that SteelSeries Engine 3 controls the 16.7m-colour per-key RGB lighting on this Raider’s SteelSeries keyboard. Initially the interface is not that intuitive, since the home page is black with only a small drop-down menu that lets you choose from four presets. Fear not; just pop into the Engine Apps tab and the fun can begin. This store is still in beta so the app selection is quite limited but it can only grow, and it even allows you to ‘make’ your own app with macro-level control if you can’t find what’s required.

So far, supported games (where you can have colours or patterns show you things like health or ammo count) with apps pre-built include GS:GO, Dota 2 and Minecraft. Then there’s an app that allows you to turn the keyboard into an audio visualizer, or even one where you can use an animated GIF as an illumination animation! The potential possibilities are endless, and Engine 3 is by far the most comprehensive programmable keyboard lighting solution we’ve come across.

Most users will likely be using the PrismSync app primarily though. This lets you set a range of effects, colours, modes, rhythms and templates, all variable by your laptop’s status and assignable to presets. A cool example of how to disco up your keyboard in PrismSync is setting ColorShift to a slow speed and setting the Wave Mode from left to right, which makes the GE63VR Raider 7RE look like a Technicolor rainbow is undulating gently across its typing area. 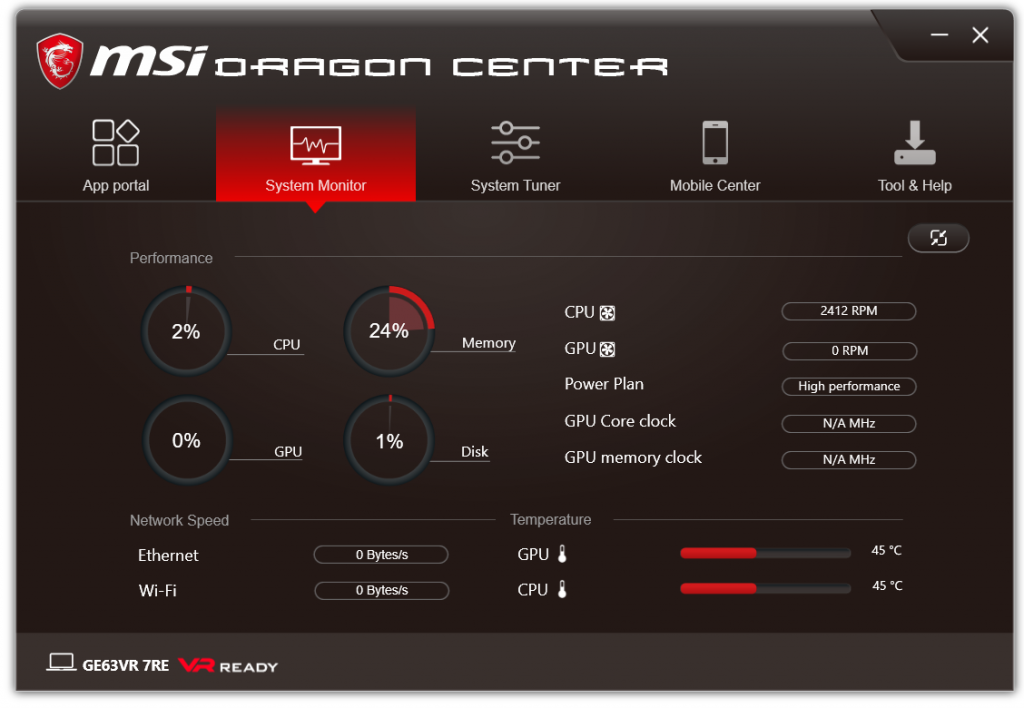 Next up is MSI’s exclusive Dragon Center. Similar to Asus’ ROG Gaming Center, this is the hub that controls and shows all the performance stats for your machine, and it’s divided into several sections: App portal, System Monitor, System Tuner, Mobile Center, and Tool & Help [sic]. It’s a tad unfortunate to see basic grammatical faults like that latter example throughout Dragon Center, with another painful one being that this software gives you “Highly flexibility!”. ‘Nuff said…

App portal lets you link apps, though we can’t particularly see the advantage over a (shock, horror) good old Windows folder. System Monitor is far more useful and lists CPU and GPU clock frequencies, fan speeds and temperatures, along with Ethernet and Wi-Fi speeds. It also allows you to select different power plans. 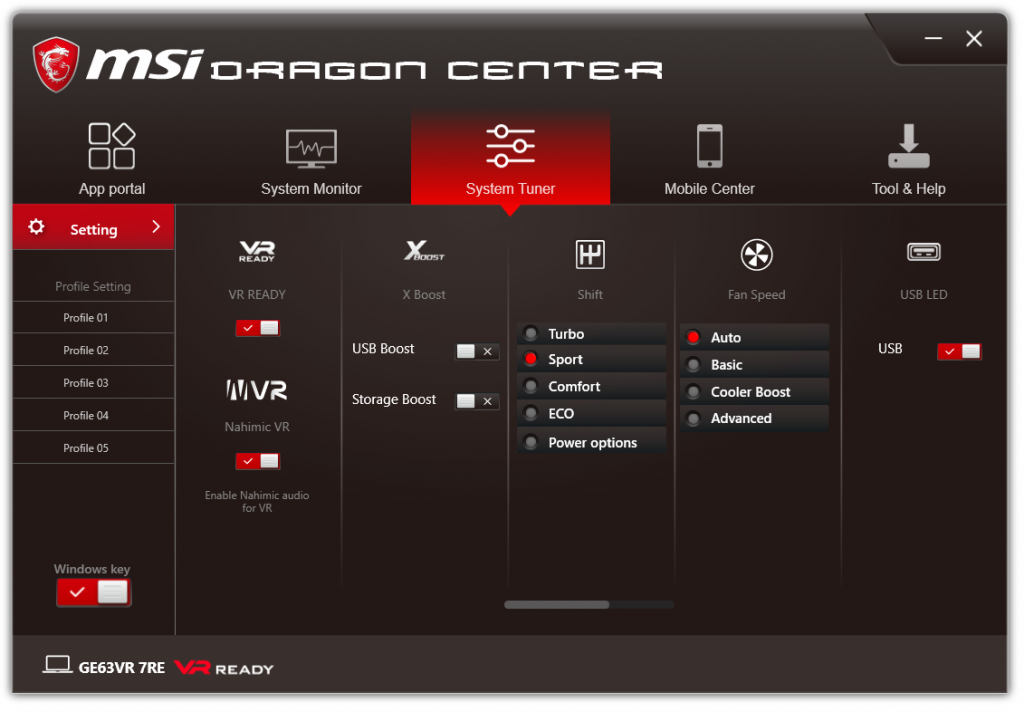 System Tuner has a nifty set of extras, such as enabling or disabling USB Boost and Storage Boost, selecting between various performance profiles and/or fan speeds, and turning the USB LED lights on or off. It also lets you select game genre presets for the Nahimic audio driver, and more importantly, screen presets such as sRGB (the default), Gamer, Anti_Blue (low blue light), Designer, Office and Movie.

If we have one complaint here, it’s that all these latter options are hidden and need to be revealed by a light grey scroll bar that’s so subtle it’s difficult to spot; MSI, make these important bits a bit more visible please. However, at least in the case of the display presets, these are also available through the highly impressive MSI True Color app, which we will be discussing further in the Screen section of the review since it’s relevant to the display’s performance.

Finally Mobile Center – as its name suggests – lets you monitor various bits of the GE63VR Raider 7RE via your smartphone, while Tool & Help contains bits like backup and restore, the User Manual, and product registration. Overall a pretty decent selection. 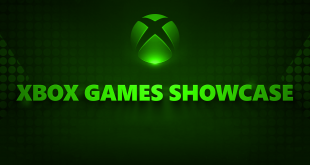 Microsoft has finally officially announced the date of its Xbox Games Showcase. The upcoming showcase …