MSI GE63VR 7RE – Speakers
For its Raider lineup, MSI has gone for something a bit unusual: Dynaudio Giant Speaker. Memo: Worst. Marketing. Name. Ever! On the other hand, as you might expect from the Dynaudio brand, the aural results live up to that terrible moniker in the best possible way.

There is a logic to the name too: it refers to the five-times-larger-than-usual resonance chamber, in which two speakers and two woofers can duke it out to impress your eardrums. And yes, the results prove MSI is onto something, as the GE63VR Raider 7RE is not just one of the loudest but also one of the best-sounding 15in laptops we’ve ever heard.

In terms of sheer volume we measured a whopping 92dB maximum near the laptop’s front, which as a point of reference is pretty much as loud as the average motorbike. Depending on your sitting position, your ears will get around 76dB, and this Raider can effortlessly fill a small room with sound. 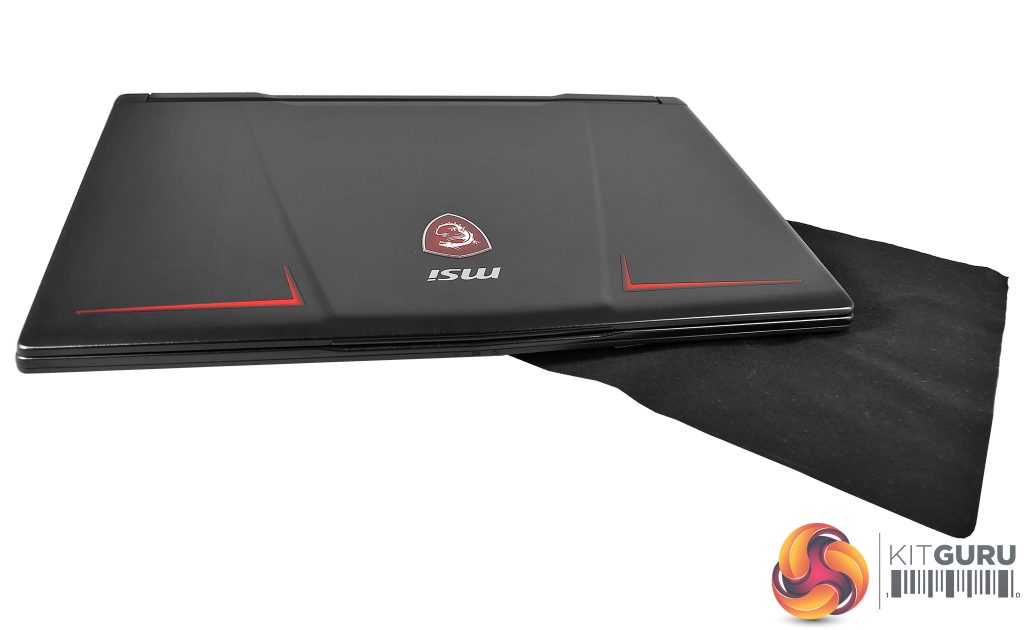 And it’s pretty decent sound, at least when you run it a bit below max volume to avoid distortion. Mids and highs come across as reasonably well-defined and there’s a nice sense of depth and space. However, it’s the bass that really impresses. Usually this is the weakest element of any mobile device’s audio setup, for the simple reason that the laws of physics (those pesky things) determine there’s only so much oomph you can fit into a small chassis. However, here there’s not only quite a bit of bass on offer, but it’s also far tighter and better-controlled than the sloppy, tinny rumblings you’ll find on most laptops.

Downsides? Occasionally we felt the Giant Speaker (that seems to be the plural) couldn’t quite handle some high frequency treble notes without going a bit snap, crackle and pop on us, even at reduced volume levels. And the speakers’ down-facing orientation means your thumpin’ tunes are likely to get far less so when you put the GE63VR 7RE laptop onto any soft surface like a bed or, you know, your lap.

That said, this is one gaming laptop we would happily play on all day without feeling the urgent urge to hook up some external speakers, so good job MSI and Dynaudio! 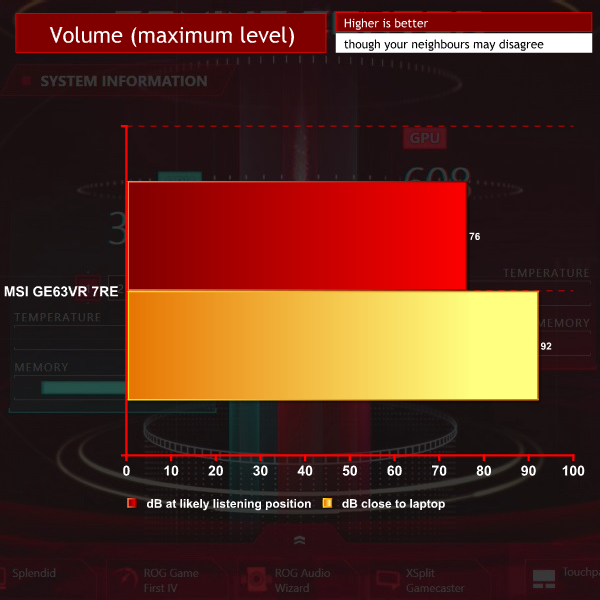 MSI GE63VR 7RE – Acoustic Performance
Among the other features that supposedly set MSI’s Raider line aside from the kind of boring laptops that people take to the office every day is its Cooler Boost 5 system which, as its moniker suggests, chills the bits that get toasty – always a good thing when dealing with components like quad-core Core i7 processors and higher-level dedicated GPUs. It has two fans fed by seven heat pipes, and we’ll get to how effective it is in a moment.

What it’s not, however, is particularly quiet. Now to be fair that’s a challenge we have yet to see any gaming laptop worthy of the name truly meet but, after running Prime 95 and FurMark simultaneously for 15 minutes, idle cooling of around 30dB jumped up to a considerable 71dB, which is louder than the speakers of some laptops. 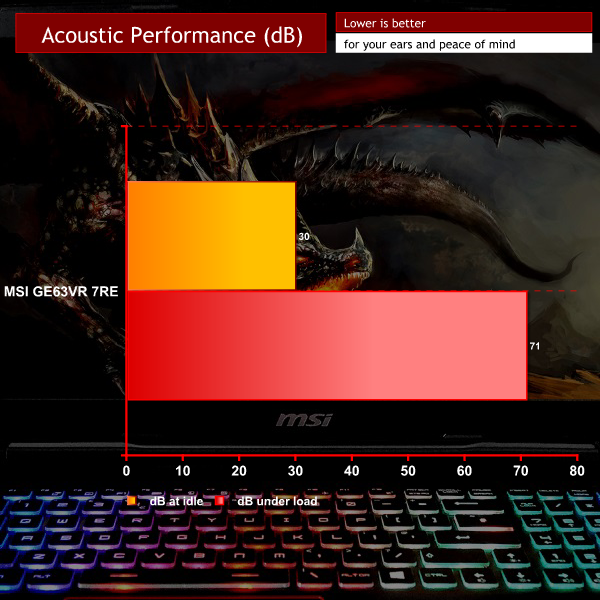 Worth noting here is that the Cooler Boost 5’s second (only slightly quieter) fan can be activated or deactivated by the push of a dedicated button to the right of the keyboard, which gives you all this beautiful fan noise in stereo. It’s like having a hair dryer and vacuum cleaner in one portable little package.