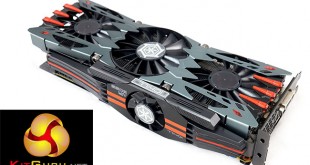 Got some spare cash to upgrade that weak old graphics card? If you have £500 burning a hole in your bank account then the Nvidia GTX980 is the first choice on our list. KitGuru has already looked at custom partner cards from MSI, ASUS and Palit but today we look at something very special indeed. The Inno3D GTX980 iChill Herculez X4 Air Boss Ultra is without a doubt one of the most hardcore graphics cards to grace our labs – featuring a scary looking four fan heatsink, and crazy ‘out of the box' clock speeds. This is not one for the faint of heart. 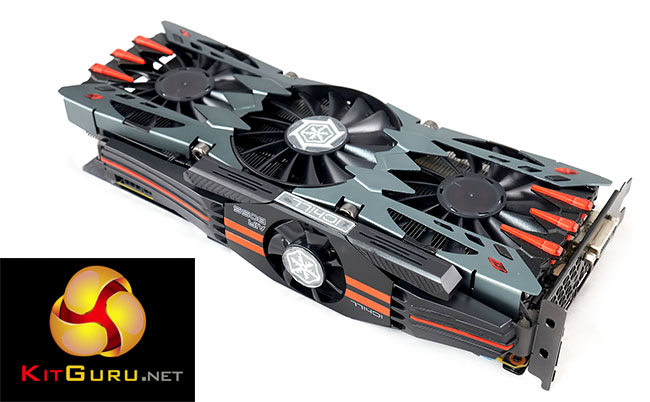 The Inno3D GTX 980 ‘iChill Herculez X4 Air Boss Ultra' may be a mouthful to say, but it looks like it was developed by the Devil himself (or Jigsaw from SAW). Graphics card or deadly bladed weapon to deal with unwanted house intruders? You decide.

For those interested, the ‘Air Boss' name is a naval term used on the flight deck of an aircraft carrier. The Air Boss is in charge of all the operations of the flight deck from moving planes around and landing and launching aircraft. The Air Boss resides in the tower and communicates with the flight deck via a megaphone. Sure, its all slightly corny, but its nothing new as graphics card manufacturers try to come up with the next big product brand name. Shorter names are more effective, a point which we feel Inno3D have missed completely.