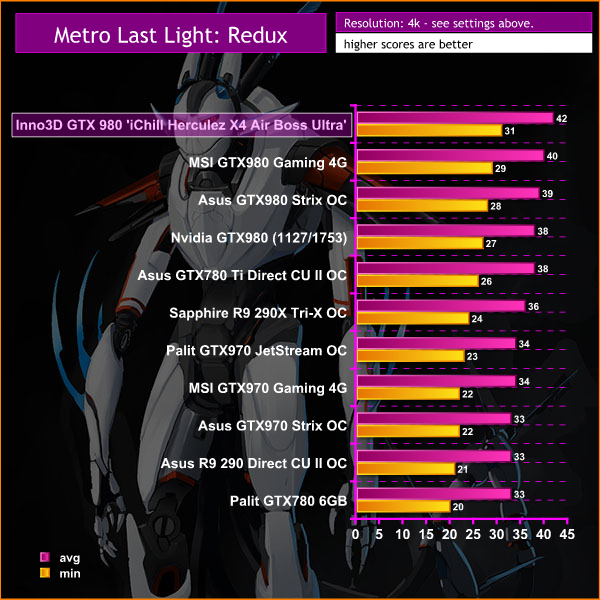 The GTX980 cards are able to power this engine at 4K, with the Inno3D GTX 980 ‘iChill Herculez X4 Air Boss Ultra’ top of the chart. If you want to hold a steady 60 frames per second at these settings you would need two of these cards.