With its Q4 Earning Call scheduled for 10:30pm tomorrow night, there is a lot of speculation about what AMD might be announcing in terms of revenue, profit and outlook. KitGuru puts its ear to the ground and listens for the strongest rumblings.

In the run up to an earnings call, companies hit what they call the ‘quiet period'.

It is a strange time, when even a simple, “Hey, how's it going?” with an AMD employee can often be met with an inane grin.

Essentially, it becomes illegal for a company who is about to announce their numbers, to give information to a select group (or individual) – unless that information is announced to the world – so they just say nothing.

That said, before any company announces good or bad news, there is a lot of analysis and – often – the share price will jump or fall, ahead of any full/official announcements. Seems that professional stock dealers can (roughly) work out what the Q4 Earnings Call will contain before it's actually made. Who'd a thunk it?

So where's the fuel coming from in order to make the AMD investment balloon rise?

From what we're hearing about ‘sell through' into the channel, there must be a good chance that AMD will be telling the market that it has succeeded in selling record numbers of chips (albeit made by someone else).

Alongside the massive ‘Never Settle' campaigns – which bundled a series of top games with mid to high end graphics cards, AMD was also at the core of the Microsoft XBox ONE launch as well as the Sony PlayStation 4.

The dark days of the $1.86 were underpinned by a defensive Q3 2012 earnings call, during which CEO Rory Read, SVP Lisa Su and interim CFO Devinder Kumar were peppered with questions and, almost without fail, they pivoted to (a) how the company needed to be geared around lower costs in 2013, (b) that AMD’s future strategy was built around embedded (XBox One/PS4) and (c) how important graphics would be for AMD going forward.

That was all true.

Alongside the tighter fiscal planning and new embedded deals, in August 2012 AMD also appointed John Byrne to run its overall global sales operation and Byrne followed this up by appointing Roy Taylor to head up AMD's global channel sales.

More recently, speaking with Sasa Marinkovic about Kaveri (next gen APU products and HSA) gave us an idea of just how competitive AMD can be in the low-medium price point sectors which, after all, are where the big sales figures come from.

Against that backdrop, you have Intel pulling back from its 2011 announcement of a $5 Billion FAB in Arizona, with the news that it was now ‘on pause‘.

If you want to hear the whole AMD earnings call live, then click here for details. 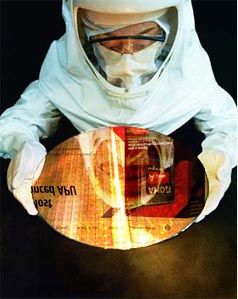 KitGuru says: The XBox One and PlayStation 4 deals were impressive and now allow AMD to get early access to upcoming game code – without the need for nVidia's TWIMTBP type investment – which is clearly an advantage. Plus the game deals that were sorted under the heading of ‘Never Settle' also played a part. But the real question is, “Can AMD make similar inroads into the server and embedded markets when gaming is not the primary focus?”. How will 2014 play out for AMD in a world where even Intel thinks it has too much capacity?